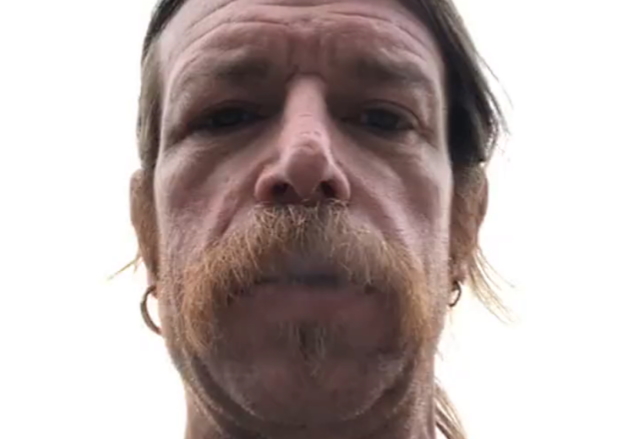 Hughes and EAGLES OF DEATH METAL guitar technician Eden Galindo, who were onstage when gunmen sprayed the Bataclan theater with gunfire, are back in Paris to testify as civil parties in a French court. They are among the survivors and witnesses of the November 13, 2015 attacks.

The only suspected surviving member of the squad that killed 130 people at several locations, Salah Abdeslam, is accused of murder, attempted murder and hostage taking. He has denied the charges and is standing trial before a panel of judges.

On the final day of his testimony in April, Abdeslam offered his "condolences and apologies" to all the victims.

"I would like to say today that this story of 13 November was written with the blood of the victims," he told the special court of assizes of Paris. "It is their story, and I was part of it. They are linked to me and I am linked to them," he added.

"I ask you to forgive me, I know that hatred remains ... I ask you today to hate me in moderation".

Earlier today, Hughes was asked by a reporter outside the court if he was ready to forgive Abdeslam and the other 13 defendants in the case. He said (see video below): "Yeah. It's important to forgive. I'm a Christian. And … everyone can be lost, and everyone needs to find a way. And most of those gentlemen in there do. So, I forgive them, and I hope they find the peace of God for themselves."

During his testimony on Tuesday, Hughes described the scene at Bataclan six and a half years ago, saying he instantly recognized the sound of gunfire.

"Being from a desert community in California, I know the sound of gunshots," the conservative rocker, who was a supporter of former U.S. president Donald Trump, said. "I knew that death was coming."

Galindo told the court: "We were thinking that it was going to stop but it just kept coming. After a while they reloaded and a technician told us, 'next time they stop, we run.'"

In March 2016, Hughes apologized to the staff and security of the Bataclan for implying that they may have known about, or even been involved in, the terrorist attack at the venue. His apology came after Hughes gave an interview to Fox Business in which he claimed that six security guards did not show to work the night of the attacks up and others acted strangely. "Out of respect for the police still investigating, I won't make a definite statement, but I'll say it seems rather obvious that they had a reason not to show up," Hughes said.

As a result of Hughes's comments to Fox Business, he was barred from the Bataclan re-opening concert in the fall of 2016.

The attacks stepped up worldwide concern over ISIS, as well as a debate in the U.S. over whether to accept Syrian refugees.

EAGLES OF DEATH METAL was founded in 1998 by QUEENS OF THE STONE AGE mainman Josh Homme and his longtime friend Hughes. Homme appears on all the band's albums but only plays live with them occasionally.

Eagles of Death Metal singer Jesse Hughes speaks of forgiveness, as he leaves a Paris court where he testified about the attacks at the band’s Bataclan theater concert in November 2015. pic.twitter.com/uur21mFVHZ