As previously reported, EARTH CRISIS has set "To The Death" as the title of its new album, due March 2009 via Century Media Records. The self-produced CD was recorded at Castle Recording Studios in Utica, New York and was mixed by Tue Madsen (HEAVEN SHALL BURN, DARK TRANQUILLITY, MOONSPELL, THE HAUNTED). Guitarist Scott Crouse told Revolver magazine, "We aren't purposely trying to recapture the past, but I think we have harnessed some of the fire that set us apart from the pack early on. It's great being able to look back on our previous work and see what aspects have stood the tests of time; not many bands have that luxury."

EARTH CRISIS' chugging riffs and barked declarations served as the mouthpiece of the militant vegan, straight-edge movement throughout the '90s, detailing the ideas of animal and human liberation, drug-free living, and personal empowerment through hardcore song. This movement spawned activists who took the law into their own hands, burning down fur farms and freeing animals directly. Their vicious debut EP, "Firestorm", was a landmark release for the hardcore scene that combined staccato, solo-free metal with barking, political, and militant vocals. The lyrics centered around the dangers of drug abuse and bringing "violence against violence" to drug dealers and those who would abuse animals: "a firestorm to purify." Major media outlets such as CNN, CBS and MTV soon started covering EARTH CRISIS and vegan, straight-edge in general. In 1996, the band released its second full-length album, "Gomorrah's Season Ends", a polished and decidedly more metallic affair that produced even more anthems that became singalong worthy staples of their live performances. This exposed the band to a whole new mainstream audience. 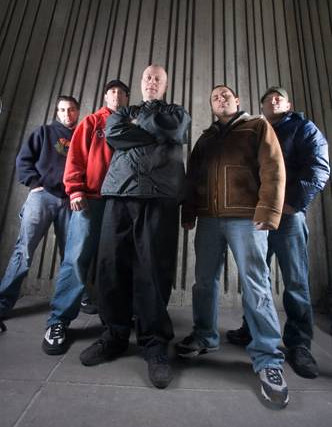