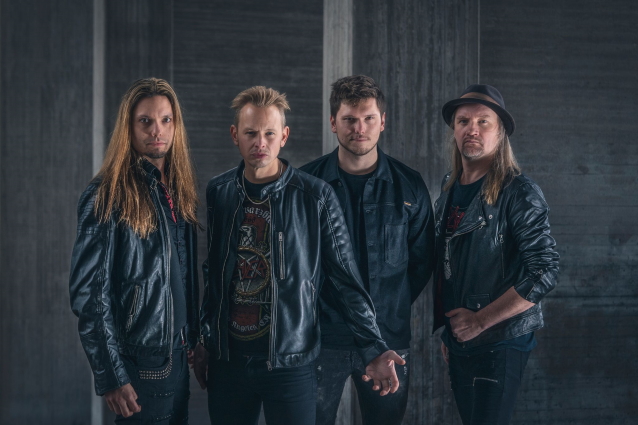 Swedish melodic hard rock band ECLIPSE has set "Wired" as the title of its eighth studio album, to be released in October via Frontiers Music Srl (and in Japan by Marquee/Avalon). A music video for the LP's first single, "Saturday Night (Hallelujah)", can be seen below.

"Saturday Night (Hallelujah)" is the first original ECLIPSE song released since the band's acclaimed 2019 album "Paradigm". According to singer/guitarist Erik Martensson, "It was another one of those Saturday nights at home, but for the first time in a very long time, there was hope. Suddenly, there were stories about someone's mom getting 'the shot', an old neighbor who was able to see the grandkids for the first time in a year, and I saw an ad for a gig — a real one, without screens or Internet connections. A songwriter buddy of mine was there, and we walked back to the studio and wrote most of what would become 'Saturday Night (Hallelujah)' in 15 minutes. There's absolutely nothing snotty about this song. It's about partying! Don't try to tell me you're not up for a good f--king party right about now?"

The group confirmed the title of "Wired" during a May 22 live chat on Instagram. "This is really a band record," Martensson said. "We've all been working very hard together to make something instead of just individuals doing their thing. It's been real teamwork.

"I really think this new (album) is the best one so far," he continued. "It's a very diverse album. There are really heavy rockers, and there are (also) more, like, pop/softer rock anthems. ['Saturday Night'] is like ECLIPSE's 'Rock And Roll All Nite', but I think we have a little of everything."