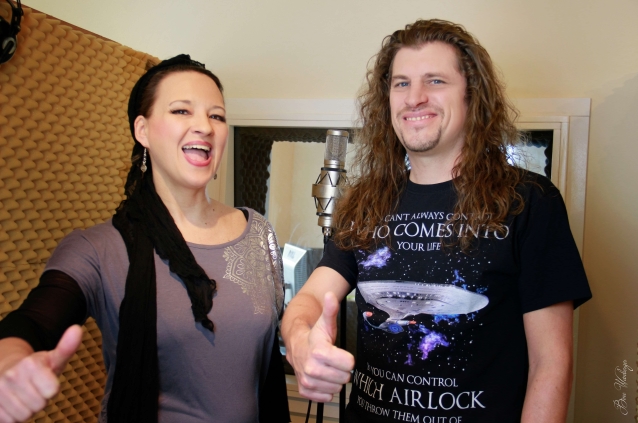 Commented guitarist/composer Lanvall: "The whole songwriting process for the new album took around 18 months, and I soon realized that we could bring the band sound to a new level. Our trademark sound, of course, is still there. Nevertheless, we have numerous interesting experiments on the album, where we explore new shores. Let it be the irish sounding song 'On The Other Side', the half-ballad 'Tauerngold' with its doom elements, or the 12-minutes epic long track 'The Last Of His Kind'. Even after the long songwriting and arranging process, I am still super excited with the new songs!"

Added vocalist Sabine Edelsbacher: "As Lanvall already mentioned, the recordings to our new album are fully on and what I heard so far in the studio is more than promising. But this is only the beginning and it already sounds huge. So I am really burning to be behind the microphone soon to contribute my part. 'Dynamind' seems to have a very special energy and will probably turn much upside down. Be prepared!"

EDENBRIDGE's ninth album, "The Great Momentum", was released in February 2017 through SPV/Steamhammer.