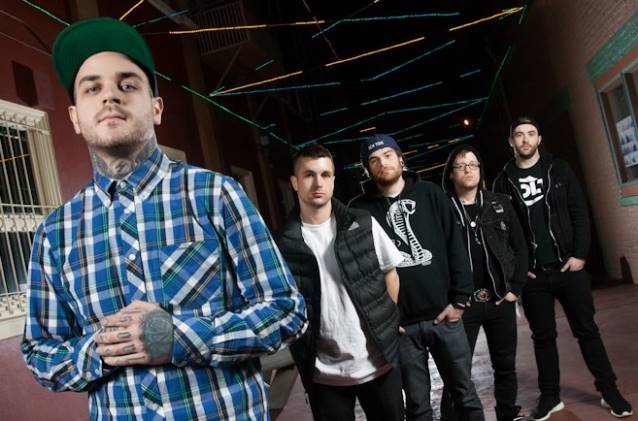 EMMURE: New Song 'A Gift A Curse' Available For Streaming

"A Gift A Curse", a brand new song from the Queens, New York-based deathcore act EMMURE, can be streamed in the YouTube clip below. The song is taken from the band's seventh full-length album, "Eternal Enemies", which will be released on April 15 via Victory Records. According to a press release, the CD "is without a doubt the most aggressive, brutal and devastating of [album of the band's] career."

The "Enemy Lines" DVD features over 30 minutes of behind-the-scenes and in-studio footage of the band making "Eternal Enemies" along with EMMURE's entire music video catalog featuring eight official music videos from previous releases, one lyric video, and two brand new music videos for "Like Lamotta" and "Nemesis". This DVD will be available only in the "Eternal Enemies" package deals on VictoryMerch.com.

EMMURE is headlining the Mosh Lives! Tour with support from VOLUMES, THY ART IS MURDER, GIDEON and SWORN IN. The trek kicked off on March 7.

EMMURE closed out 2013 by headlining the Never Say Die! tour in Europe (October 4-26) and then a full U.S. tour (October 29 - November 22) alongside ASKING ALEXANDRIA, SEVENDUST, ALL THAT REMAINS and FOR TODAY.