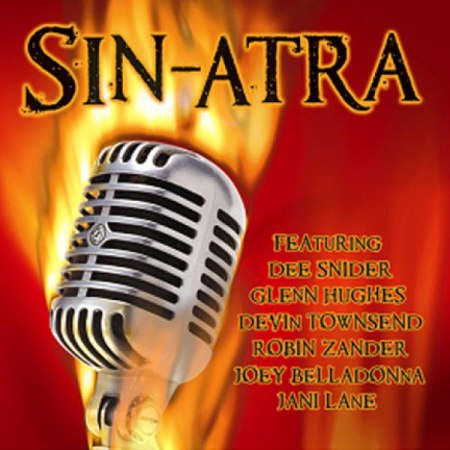 "SIN-atra", heavy metal's tribute to the genius of Frank Sinatra, is available for streaming in its entirety at AOL Music. Twelve songs made famous by Ol' Blue Eyes are given a radical and individual new treatment from some of the finest voices in rock including members of ANTHRAX, TWISTED SISTER, DEEP PURPLE, QUEENSRŸCHE, MR. BIG, WARRANT, NONPOINT, STRAPPING YOUNG LAD, KING'S X and CHEAP TRICK with the backing of a superb band led by guitarist Bob Kulick (KISS, MEAT LOAF). The songs are known to everyone but you've never heard them quite like this before!