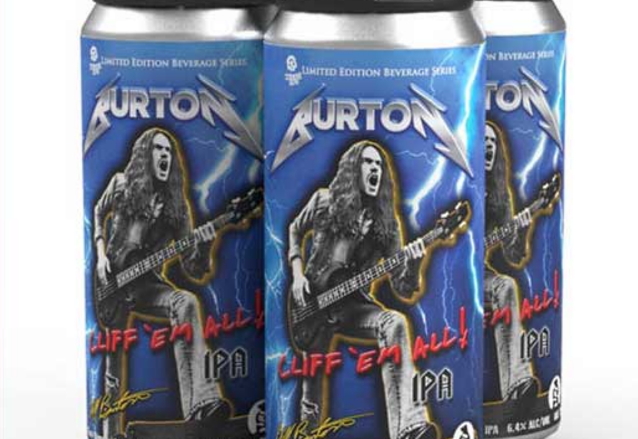 KnuckleBonz, Inc. and the Cliff Burton estate will launch a Cliff Burton-branded beer and a KnuckleBonz limited-edition collectible statue, with a portion of all proceeds going to the Cliff Burton Music Scholarship Foundation for rising youth musicians. The beer is the first product to come out, with pre-sales now available.

Brewed to celebrate the music, life, and legacy of the master musician Cliff Burton, Cliff 'Em All IPA is made in a classic NorCal style: hoppy, bold, and crushable. Capturing the best of a classic West Coast beer, and made with simcoe and citra hops, this IPA pairs well with all forms of incredible music.

The Burton family said in a statement: "Continuing the mission of Cliff's father, the late Ray Burton, the Cliff Burton Foundation is centered on fostering the next generation of musical talent. We handpick young individuals from around the world with the same enthusiasm for music and dedication to their craft as the late bassist Cliff Burton had. Cheers to Cliff and Ray Burton who loved a good beer."

The Cliff Burton IPA will be available for fans in 40 states to buy online through CraftShack. The Cliff Burton IPA beer ships nationwide with some exclusions based on individual state laws. CraftShack is the premier online marketplace and platform for specialty craft beers and spirits delivered to your door. First 500 customers receive a free poster: Cliff Burton fans who order first will receive a limited-edition collectible poster included free with their order. This poster only ships to the first 500 customers.

"We are honored to be working with the estate to bring premium products to music superfans that help contribute to help these talented and hard-working youth musicians," says Tony Simerman, CEO/creative director of KnuckleBonz, Inc. "Not only is this foundation and what it stands for near and dear to our hearts here at KnuckleBonz, but honoring Cliff in any way, whatsoever, is very important to us. The integrity, passion and drive he always had along with his obvious musical talent has gained him the highest place of respect in our company. We are truly honored to be working with the family on anything that can pay tribute to Cliff Burton."

Burton died in a tragic tour bus accident in 1986.

Cliff's huge talent and achievements were chronicled in book form with the 2009 global publication of "To Live Is To Die: The Life And Death Of Metallica's Cliff Burton", written by U.K.-based author Joel McIver and published by Jawbone Press. The foreword was provided by METALLICA guitarist Kirk Hammett. 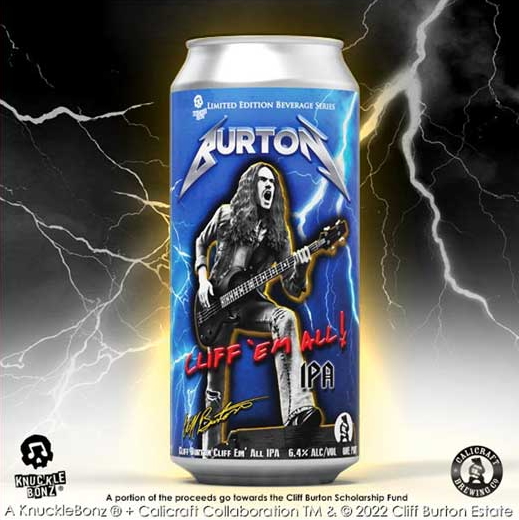 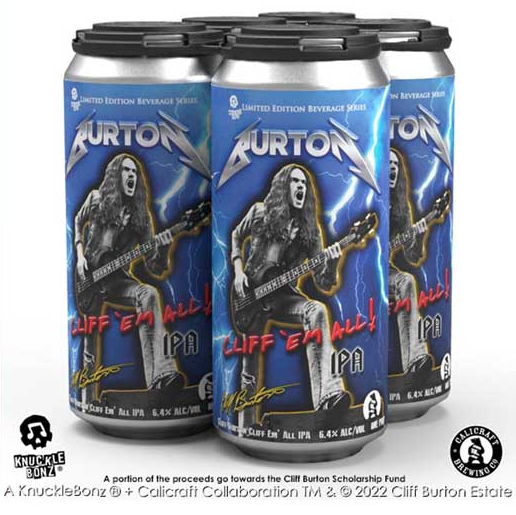