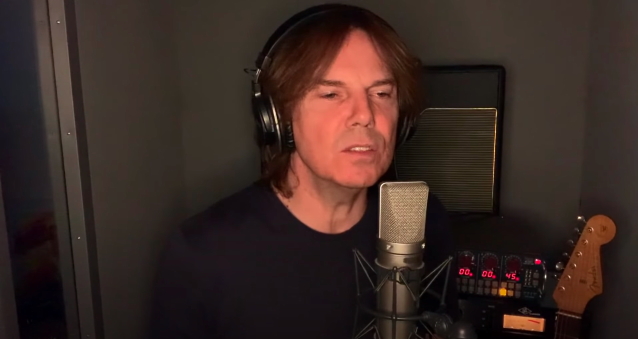 Vocalist Joey Tempest and keyboardist Mic Michaeli of Swedish hard rockers EUROPE have recorded a new, acoustic version of "Walk The Earth", the title track of the band's latest album. All proceeds generated from views and sharing of the song will be given to a charity close to EUROPE's hearts, Médecins Sans Frontières – Doctors Without Borders, to assist with their fight against coronavirus.

Tempest stated about the clip: "In these times of hardship for all of us, We would like to present to you a video of the title track from the last EUROPE album, 'Walk The Earth', recorded acoustically at home with all proceeds generated from views and sharing to be given to a charity close to our hearts Médecins Sans Frontières – Doctors Without Borders, to assist with their fight against Coronavirus.

"It was a natural choice for us to support Médecins Sans Frontières. They do such outstanding work on the frontline in over 70 countries around the world.

"We also feel that the song 'Walk The Earth' is well suited for these circumstances. Although performed in a more somber way, we feel the song still carries the basic human message of survival, spirit and perseverance in this very troubled age.

"I asked Mic to record a new version on his piano in Stockholm. He emailed it to me and I recorded the vocal in my home studio in London. It was an interesting way of working and we may look at doing something else in the future, perhaps with the other members of the band.

"We hope that as many people as possible will view and share this video and we will donate all funds generated to MSF. You can of course donate directly, just visit Médecins Sans Frontières at https://www.msf.org