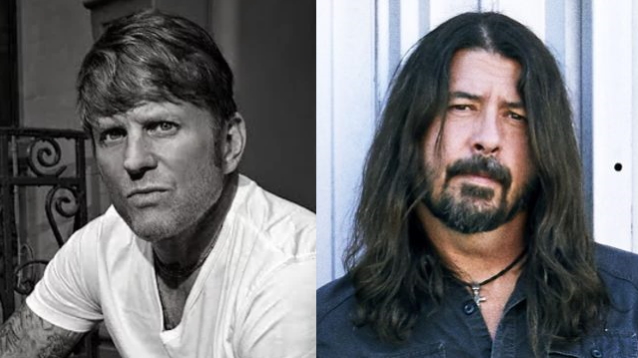 Ex-CRO-MAGS Frontman JOHN JOSEPH Calls Out DAVE GROHL For Playing 'Vaccinated-Only' Shows: 'What Kind Of Bulls**t Is That?'

FOO FIGHTERS essentially asked for a vaccine passport last month when they performed at Madison Square Garden in what was the first major concert in New York since the pandemic began. Days earlier, the Grohl-fronted outfit performed a small warm-up gig in Agoura Hills, California where fans wishing to attend had to show photo ID as well as proof of vaccination in order to pick up their non-transferable tickets. Both events featured dozens of anti-vaccination advocates who demonstrated outside the venue for "segregating" the vaccinated from unvaccinated.

Joseph, who has been vocal on Twitter about his concern regarding pharmaceutical company motives and the relationships between government agencies, vaccine manufacturers and providers, discussed his feelings on the issue in a new interview with Christina Rowatt of The Void With Christina.

Addressing the prospect of fans needing to have vaccine passports to gain entry to gigs, John said (as transcribed by BLABBERMOUTH.NET): "I forget what the dude's name is — he's in some big fucking band — he's, like, 'I'm not playing any vaccinated-only shows. He was in a big English band; I forget what the name of 'em is. [Then] you've got motherfuckers like Dave Grohl who used to play drums for [1980s Washington, D.C. hardcore punk band] SCREAM and open up for the CRO-MAGS, now he's with the FLU PFIZERS, the FLU FIGHTERS, and it's, like, 'We're playing vaccinated-only shows.' What kind of bullshit is that? What kind of fucking bullshit are you fucking dealing with in your fucking head that you would play a vaccinated-only fucking show?"

The WHO (which is corrupt as fuck and run by the pharmaceutical companies and Bill Gates) claims that people refusing to take this experimental shot are the biggest health threats. No mention of big Pharma which has killed tens and millions of people across the planet.

The piece of shit governor who murdered thousands of seniors and pushed himself on women has been saying since day one after meeting with Bill Gates that New Yorkers will be the guinea pigs for all of this crap. https://t.co/XWumNVm0wU