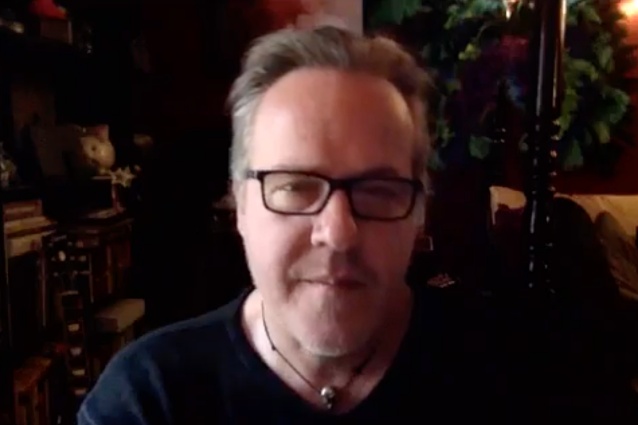 Ex-FEAR FACTORY Frontman BURTON C. BELL On His Singing Style: 'It's All About Vocalizing For Feeling And Vocalizing A Moment'

When asked if he identifies more with melodic or aggressive vocals, Bell said (as transcribed by BLABBERMOUTH.NET): "For me, it's all about… It's not a preference. It's all about vocalizing for feeling and vocalizing a moment and capturing those harmonies that I hear in the music and trying to emulate them with my voice. Believe it or not, I can hear harmonies in chunky riffs — I can hear harmonies and I hear melodies in my head. Now, for me, when I do the heavy voice, I'm not screaming; I'm vocalizing. Like a pastor or a preacher, he orates loudly and distinctly to his followers that he's trying to convey a message passionately, and that's what I'm doing. I'm not screaming — I am orating the message out passionately and as succinctly as possible. And depending on where I am in the song or what the harmony's doing, what the melody is calling to me, that's what I'll do. I love singing — I love harmonies, I love singing, I love the heavy vocal. To me, it's all harmonics, and it just depends on what the song calls for. And I'll be doing both as long as I can."

Speaking about his singing technique when it comes to switching between styles, Bell said: "When I started off, I never had any type of vocal lesson or [training] at all. I was doing what I felt; I was doing what I wanted to get out of myself, to release. And the only instruction I had in the very beginning was learning how to breathe. So lung power, diaphragm power was the key. And I didn't really think about having to switch over; it was just like that. [Snaps fingers] I did it without thinking. I don't know how to explain it. It's just one of those things. It's like turning off and on a switch."

"Aggression Continuum" was released in June 2021 via Nuclear Blast Records.

Posted by Ascension of The Watchers on Friday, January 14, 2022