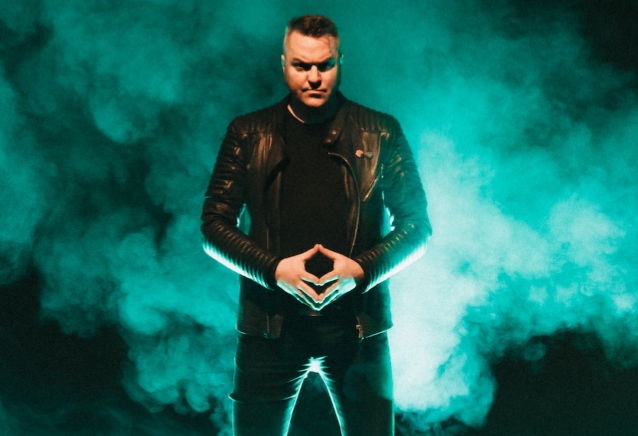 In a new interview with the "Heavy Demons" radio show, former GHOST guitarist Martin Persner, who played in the band for seven years under the name Omega, was asked how he feels now about his time with the Tobias Forge-fronted outfit. He said (as transcribed by BLABBERMOUTH.NET): "I'm very proud and happy to have been a part of GHOST. It was wonderful, because we had so much fun. We learned so much, we did so many tours, we got to see so much. Apart from that… I feel kind of happy about it, because if it wasn't for GHOST, I wouldn't be able to do what I'm doing right now. And I'm happy doing what I'm doing right now. So, yeah, I feel proud and humbled that I was a part of it for a long time. That's what I feel."

Asked if he is still in touch with Tobias, Persner responded: "None of your business. [Laughs]"

Persner resurrected his MAGNA CARTA CARTEL project in 2017 after a nine-year period of sleep when members were on the road with GHOST.

In March 2017, Persner released a video message in which he claimed to have played in GHOST for seven years under the name Omega. He also revealed that he exited the band in July 2016, although he did not disclose the reasons for his departure.

Persner was not part of the lawsuit filed in early 2017 by four former members of GHOST against Forge. That lawsuit accused GHOST's lead singer and founder of cheating the musicians out of their rightful share of the profits from the group's album releases and world tours.