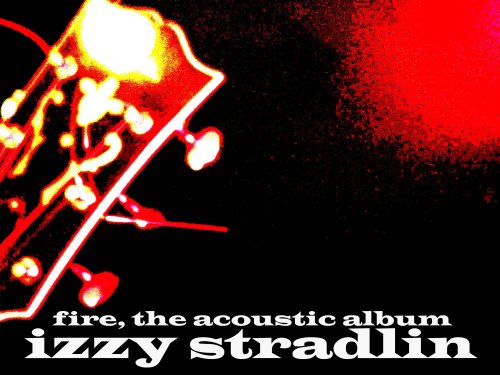 The cover artwork for the new solo CD former GUNS N' ROSES guitarist Izzy Stradlin, entitled "Fire, The Acoustic Album", can be found at this location. According to Izzy, the LP was recorded in California this past summer and contains "very basic recordings," featuring two guitars with one playing slide. Ex-REVEREND HORTON HEAT drummer Taz Bentley and JU JU HOUND guitarist Rick Richards are featured on some of the songs, as is bassist J.T. Longoria. Longoria mixed the effort at Nomad Recording in Dallas, Texas, where the album was also mastered by Gary Long.

Commented Stradlin: "It was a fun album to make. There are two songs I co-wrote with an old friend of mine... Timo Kaltia [guitarist/songwriter]. He lives in UK. The songs are 'Box' and 'Seems to Me'. The writing started with those two songs and I took off from there."