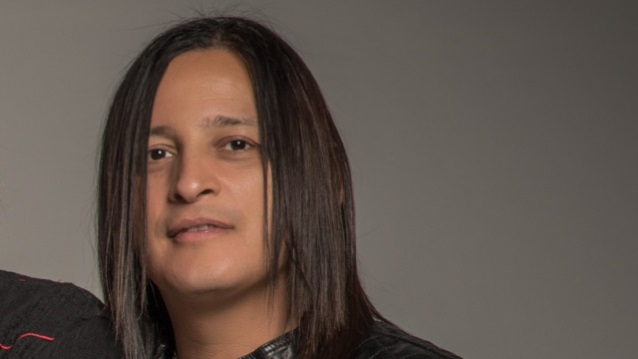 Ex-RATT Bassist ROBBIE CRANE: 'I Don't Think It Was Worth It' For BOBBY BLOTZER To Use Band Name Without Original Members

Ex-RATT bassist Robbie Crane says that "it's heartbreaking" to see his former bandmates fueding over the rights to the band's name.

Starting in late 2015, Bobby Blotzer spent about a year and a half playing shows under the name RATT with a lineup in which he was the sole member from the band's '80s heyday. The drummer's efforts were met with legal challenges by founding singer Stephen Pearcy and other musicians from RATT's classic era — guitarist Warren DeMartini and bassist Juan Croucier — who objected to his use of the RATT name, referring to Blotzer's version as a "cover band."

Crane, who joined RATT in 1997 and played with the band for 15 years in addition to later spending almost a full year in Blotzer's version of RATT, talked about the group's legal battles during a brand new interview with Metal Express Radio. He said (hear audio below): "From the top of it, it's a heartbreaking thing to see all of the people that you care about [fighting with each other]… I spent 16 years in that band, and you want good for all of them — I care for all of those people. But, having said that, there was always a really heavy underlaying of tension and drama in that band."

Crane, who has played with BLACK STAR RIDERS for the last three years, continued: "[The RATT guys] will say, and people will say, 'There's always [an element of drama] in a band.' I would beg to differ. In [BLACK STAR RIDERS], there's no tension or drama.

Crane added: "I care for all of those guys [in RATT]. I'm happy that Bob was able to go and play some music on his own, but I think the price that it cost to have done that, I don't think it was worth it — for Bob. And I think that it's unfortunate. My ultimate hope is that they will all see beyond what's happened and that time will heal all wounds and that they will eventually do something together as the remaining members of the [the classic lineup of RATT]."

Nicols joined Blotzer's RATT as the replacement for Joshua Alan, who quit the band in January, explaining that he would be working and focusing on his original music this year.

Blotzer underwent lumbar spine surgery this past March. He previously had a spinal fusion surgery for the C6-C7 vertebrae in his neck more than four years ago.

Pearcy, Croucier and DeMartini played a number of shows this year as RATT, including at Rocklahoma and the M3 Rock Festival. They were joined on stage by former QUIET RIOT guitarist Carlos Cavazo, who played on RATT's last studio album, 2010's "Infestation", and drummer Jimmy DeGrasso, who previously played with Y&T, WHITE LION and MEGADETH, among others.