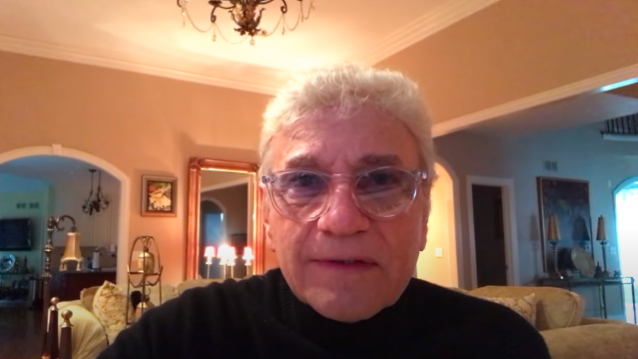 Former STYX frontman Dennis DeYoung is using his time at home during the COVID-19 pandemic to help people stay positive during this tumultuous period. Over the weekend, Dennis took to his piano and played the STYX classic "The Best Of Times". Video footage of the performance can be seen below.

DeYoung will release his new album, "26 East: Volume 1", on May 22 via Frontiers Music Srl. The 10-song LP will feature the duet "To The Good Old Days" with Julian Lennon.

Asked about the idea behind the songs, DeYoung told Rolling Stone: "It was a concept record from the very beginning. The concept was, 'Don't suck.' I don't wanna go any further than that. You know when you saw Willie Mays and he's at the end of his career? I didn't want to be Willie. I'll stand on what I did; like it or hate it, there it is. Then I got talked into it.

"In the final analysis, I owe Jim Peterik a big thanks," he added. "I would have never, ever done a duet with Julian Lennon without him. I never would have written that song ['To The Good Old Days']. I never would have had that opportunity to basically wave goodbye and say, 'Thanks for everything, you people. You have given me this wonderful life.' So I feel good about it."