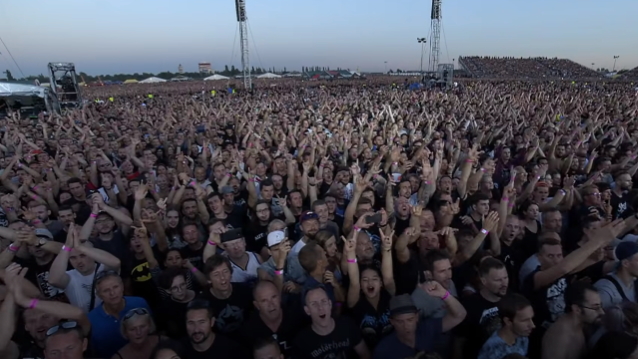 TICKETMASTER Under Fire For Adjusting Language Regarding Refund Policies On Canceled, Postponed And Rescheduled Events

Ticketing company Ticketmaster has drawn the ire of some music fans for recently adjusting the language on its web site regarding refund policies. According to The New York Times, a few weeks ago — before the coronavirus outbreak forced the cancelation or postponement of most large events and public gatherings — it said people could get refunds "if your event is postponed, rescheduled or canceled"; now it lists only cancelation as a reason for getting your money back, though it suggests there may be other circumstances in which refunds might be considered.

A Ticketmaster representative told Pollstar at the end of March that the company has not made any changes to its refund policy in light of COVID-19. Ticketmaster's policy is still to refund all canceled events within 30 days, but postponed or delayed events may not offer refunds as an option.

The company wrote: "Given the unprecedented circumstances, event organizers are constantly assessing the situation and making determinations regarding refunds. If your event is not currently enabled for refunds, check back later, as this status may change."

Ticketmaster's refund-policy language change comes days after a Wisconsin man sued StubHub — the biggest marketplace for ticket resales — because the company dropped its refund policy, offering instead to issue coupons worth 120% of the purchase price in lieu of refunds.

StubHub said that the company had changed its longstanding refund policy because the coronavirus crisis's impact on the touring industry had put the company in an untenable position. "We are facing significant timing delays in recouping funds from the thousands of sellers on our platform, and expect these challenges to continue in the coming months," StubHub president Sukhinder Singh Cassidy wrote in an e-mail to users.

Last month, S&P Global indicated that it is considering a serious downgrade of Ticketmaster's parent company, Live Nation, after taking on about $3.3 billion in long-term debt last year. "While the extent and duration of the impact on the live events industry are uncertain, we believe Live Nation Entertainment Inc.'s operating performance could be hurt by the growing number of postponed events, lower-than-expected attendance, or any future cancellations," S&P Global said.

Over the weekend, Dr. Ezekiel "Zeke" Emanuel, one of the key architects of the Affordable Care Act and a special adviser to the director general of the World Health Organization, told The New York Times that he doesn't anticipate it to be safe to return to concerts, sporting events and other mass public gatherings for another 18 months.