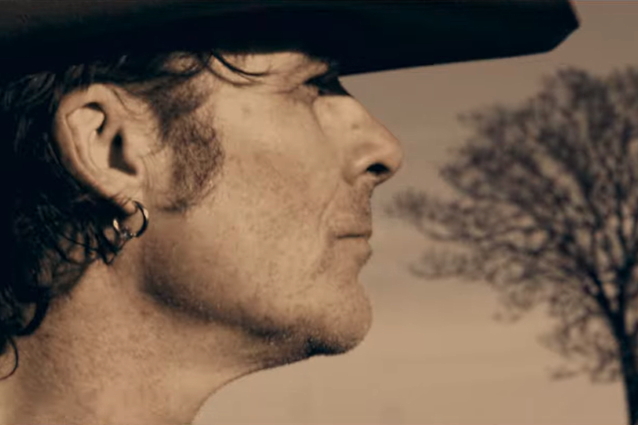 Former WHITE LION singer Mike Tramp has released a music video for his new single "The Road". The track is taken from his upcoming album, "Second Time Around", due out May 1 through Target Records. The clip was directed by Morten Madsen of Popshit Film.

Tramp comments on the song: "Life is a journey where you travel an endless highway that goes up and down and in and out. It is here you find out who you are and what you are made of. Where you make decisions of where you're going and where you are not. When you come to the end of the journey and you look back at the road you've traveled — no matter the good or the bad — you always want to do it again, and that is my commitment to rock 'n' roll."

Tramp will embark on an extensive North American tour this spring. The trek, which is set to kick off on April 15 at the Whisky A Go Go in West Hollywood, California, will see Tramp performing all the WHITE LION hits, including "When The Children Cry", "Little Fighter", "Wait", "Lady Of The Valley", "Radar Love" and many others. Joining Tramp for the two-man acoustic show will be lead guitarist Marcus Nand.

After producing such WHITE LION hits as "When The Children Cry", "Wait" and "Broken Heart", Tramp became a solo artist in 1995 and has released more than 10 albums.

Mike's latest studio LP, "Stray From The Flock", came out in March 2019 via Target Records.