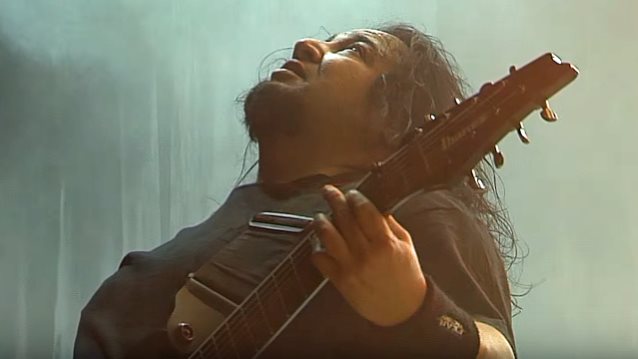 FEAR FACTORY guitarist Dino Cazares will take part in a question-and-answer session at the California College Of Music in Pasadena, California on February 16 at 6 p.m. The event is free and open to the public.

The California College of Music is a forward-thinking modern popular music college that accepts students from all over the world. Originally founded in 1999, CCM first blossomed under the supervision of legendary trombonist Wayne Henderson and Grammy-winning producer Reggie Dozier, who outfitted our campus with a world-class recording studio. CCM is known for its encouraging environment and distinguished faculty of experienced music industry professionals who teach students in ideal classroom sizes and performing ensembles.

The mission of the California College of Music is to empower aspiring musicians with the skills and confidence to thrive in the modern popular music industry.

The band last year completed a U.S. headlining tour on which it performed its classic second album, "Demanufacture", in its entirety.

A new FEAR FACTORY studio album is tentatively due before the end of the year. 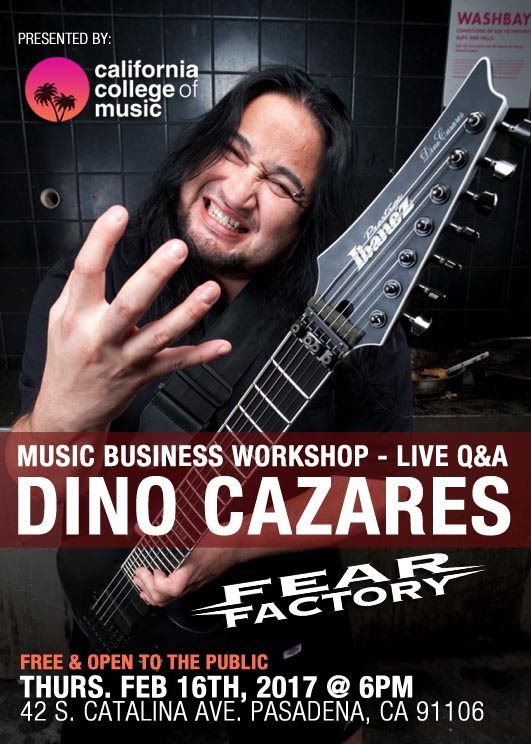