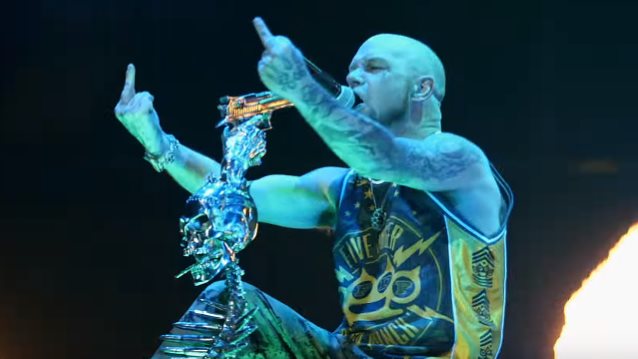 "For the longest time, the stage was sacred," Bathory tells Kerrang! magazine. "After that incident in Memphis, though, we looked at him like, 'Dude, you've drawn a sword in a church! This is absolutely not okay!' I was pissed. By the time you get to the point we'd made it to, you've basically climbed the Himalayas barefoot. We were planting our flag, and he was too fucking wasted to remember it."

Bathory added that the whole group made behavioral changes to help their bandmate on the road to recovery.

"By taking ownership, you take control," Zoltan explained. "When this got in the spotlight, Ivan got better rapidly. It put him in a position where the whole world was watching him. Also, when we got to the next show, people will know not to ask us to have a drink, and not take it as an insult if we say no."

"Did that public discussion force me to face up to my own issues? Absolutely," confirmed Ivan. "I've got so much to lose, and — at the same time — so much to gain [from quitting]."

According to multiple reports, FIVE FINGER DEATH PUNCH performed half a dozen songs on May 1, 2015 at the Beale Street Music Festival before the entire band, except Moody, walked off stage, leaving the singer seemingly confused and talking to fans in rambling fashion.

FIVE FINGER DEATH PUNCH guitarist Jason Hook later confirmed in an interview that alcohol played a role in the incident, revealing, "For whatever reason Ivan decided to get shitfaced drunk — I'm probably not supposed to be talking about this — but he started to lose his temper onstage towards, basically, the rest of us, being the band… Jeremy [Spencer, drums] decided that he had enough and he got up and left. Well, it's pretty hard to play a concert without the drummer."

FIVE FINGER DEATH PUNCH's record label, Prospect Park, sued the band in April, alleging that the group wanted to rush the recording of a new album without proper creative input from the label and in order to "cash in" before the anticipated "downfall" of Moody, who was revealed to be in rehab.