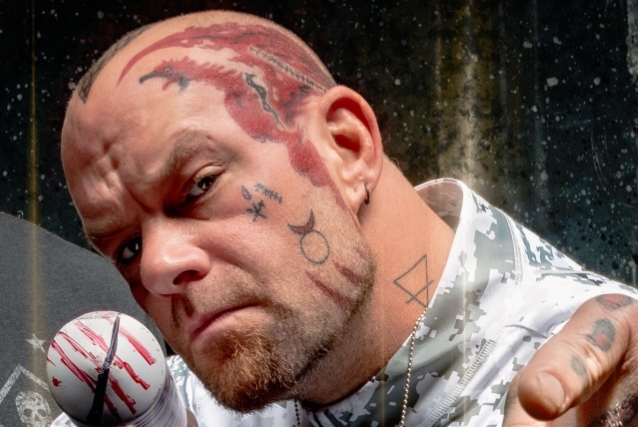 FIVE FINGER DEATH PUNCH's IVAN MOODY Is A Grandfather At 40

Asked how it felt to be a grandpa, Moody answered: "Oh my God. Am I? It's fantastic, man. I call it legend versus legacy, my man, and it's really what you leave behind. And to know that my kids are coming to an age when they're having their own kids…. Let me take that back. This is the weirdest part: my youngest [daughter] is seven years old, so she's an aunt. I'm just, like, 'How does this even fucking happen?' You know what I mean? It's cool, brother. I really dig it, but at the same time, not still willing to accept the 'grandpa' term yet."

Moody talked to The Pulse Of Radio a while back about his oldest and youngest daughters. "They both are beautiful women, but on different paths entirely," he said. "And whether that be the way that I have raised them or lessons learned from my end as well as theirs, it's about watching my eldest [who was born in 1998] basically being an adult at this point, and the decisions she's making and how they're changing her future, as well as my youngest daughter — to see the things that she's doing that will form what is to be her future."