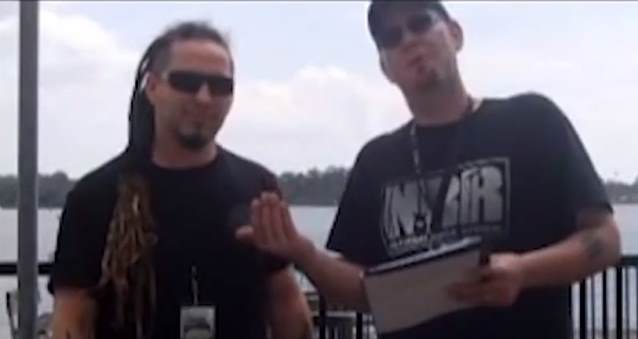 Howie D of National Rock Review and Hard Edge Radio conducted an interview with guitarist Zoltan Bathory of Las Vegas metallers FIVE FINGER DEATH PUNCH on April 27 at the Welcome To Rockville festival at Metro Park in Jacksonville, Florida. You can now watch the chat below.