FLOTSAM AND JETSAM singer Eric "A.K." Knutson has told Jesse Capps of Loudist that the band will "probably start writing and recording" its next album in November 2019.

According to Eric, the veteran Arizona metallers "had about 43 songs" in various stages of completion during the writing process for this year's "The End Of Chaos" record. "We had to reduce it down to 14 so we didn't waste a bunch of time," he said. "It was really difficult because all 43 songs [guitarists Michael Gilbert and Steve Conley] handed me were amazing. I just had to go through and listen to the chorus parts of songs and just go, 'Okay, I hear something here right away, and I'm gonna work on this one.' As soon as I get that one at a skeletal stage, I listen through all of them again and find one that that I thought was doable for the record and start working on that one."

Knutson also commented on the fact that "The End Of Chaos" has turned out to be one of the heaviest albums of FLOTSAM's career.

"I like to do the ballads and stuff, because I get to show off my voice a little bit," he said. "We had a couple of ballads in the 43 songs I had to choose from, and they just didn't come anywhere near the stuff that ended up on the record. It was a no-brainer to just keep it fast and heavy, and every song I wrote the next lyrics to ended up being faster and heavier than the one before. It just kind of fell into place that way."

"The End Of Chaos" was released on January 18 via AFM Records. 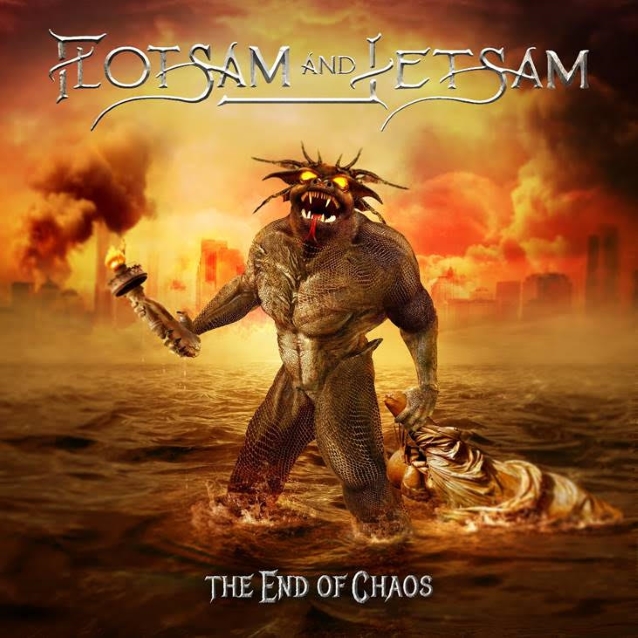