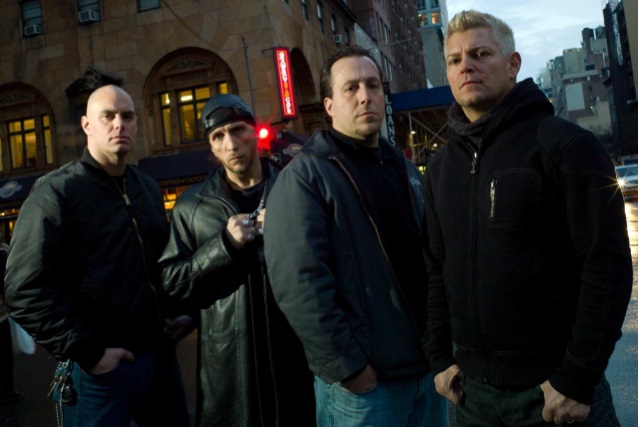 Scott Roberts has dismissed as untrue Billy Graziadei's claim that he left BIOHAZARD because he was making more money working as a rigger in New York.

Roberts, who played guitar on BIOHAZARD's 2005 album "Means To An End", rejoined the band in June 2011 as the replacement for bassist and co-vocalist Evan Seinfeld. Scott fronted BIOHAZARD for nearly four years before exiting the group in February 2016.

In a recent interview with "The Ex Man" podcast, Graziadei addressed Roberts's split from BIOHAZARD, saying that the other members of the band "got into some issues" with Scott once work began on a new studio album. "He just grew out of it," the BIOHAZARD guitarist and vocalist claimed. "He was a fucking rigger in New York in the union, making tons of money, and leaving his family to go on tour for making a little bit of money, it didn't pay for him. So I think that started harboring some issues with him. And eventually we were in the studio doing the new record, and we had some exhanges back and forth, and he quit. And we were, like, 'Fuck! Here we are again.'"

Earlier today, Scott responded to Billy's comments, saying that he quit BIOHAZARD because it was no longer fun. "I was okay with losing money on tour as long as I was enjoying myself," Roberts wrote on his Facebook page. "I would have kept doing that. The real problem was I wasn't getting along with one of the members and wasn't enjoying myself on tour with them anymore. The only other reason for me to keep doing it, was to make a new record that I was into and proud of. When another member of the band made it clear to me that wasn't going to happen, there was no reason for me to do it anymore. That's the simplest way I can explain it."

So the other day Blabbermouth.net posted an interview with Billy Graziadei. In the article it says that the reason I...