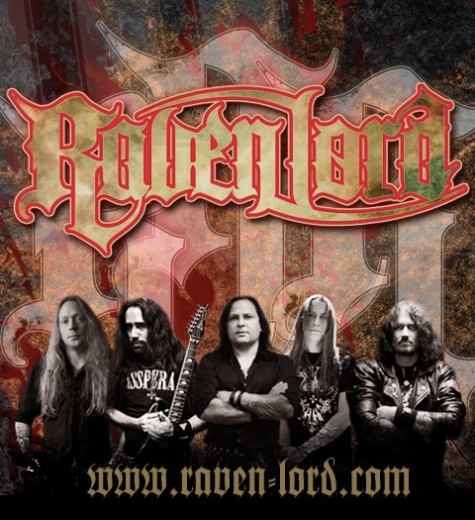 Commented the band: "Larry lives in U.K. and comes with tour experience. Larry will be handling the drum duties and completes RAVEN LORD's lineup."

Preliminary work on a new RAVEN LORD album has already begun, with various songs at different stages of completion. Two new songs — "End Of World" and "Saints & Sinners" — can be heard at this location.

Unashamedly wearing their heavy metal roots on their leather studded sleeves, RAVEN LORD combine the classic metal feel of the past with a modern edge of the present. Thunderous bass lines, pounding drums with razor sharp riffs blend with distinct heavy, melodic vocals to create powerful and memorable songs. The music that RAVEN LORD brings to you simply stuns — no pretensions — just hell of a metal entertainment.

With the album in the pipeline, the band is already attracting attention from labels and heavyweight producers who are all eager to get involved. RAVEN LORD are priming themselves to deliver the most metallic carnage across the globe.