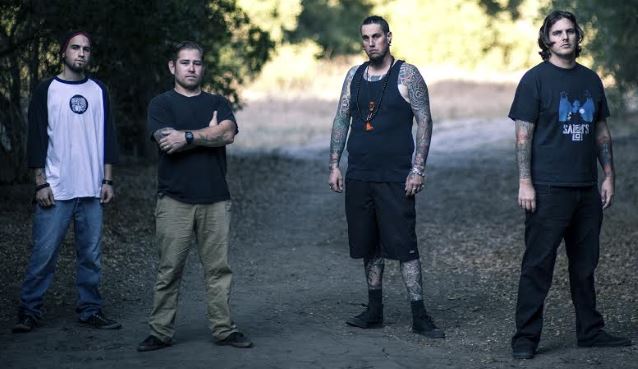 "Kill The Man", the title track of the forthcoming debut album from the Santa Barbara, California-based metallers BELLUM, who feature in their ranks two founding members of the bands DEVILDRIVER (Evan Pitts and Jonathan Miller) and BUILT ON DECAY (Alex Chantes and Andy Villasenor),can be streamed below.

Says BELLUM: "BELLUM has been an artistic release since Evan Pitts' departure from DEVILDRIVER. Pitts teamed up with Alex Chantes and later recruited Andy Villasenor. It had been productive, magical and sacred, but it was never revealed. Its evolution started to take shape when Jon Miller joined the creative process."

Miller quit DEVILDRIVER in March 2011, calling it "the most difficult decision of my life" but "something that I needed to do for myself."