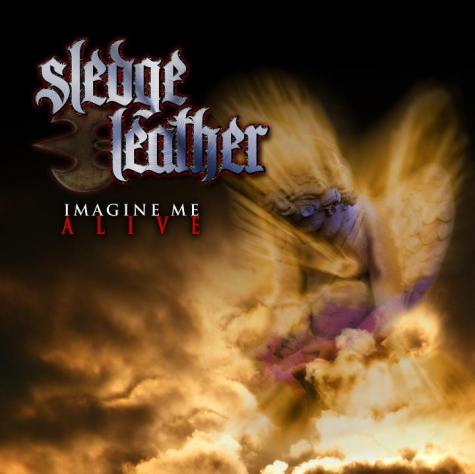 A brand new audio interview with Leather in which she talks about the making of "Imagine Me Alive" has been been posted at RockOverAmerica.com:

A five-minute preview of the forthcoming concert DVD from SLEDGE LEATHER , can be seen below. The footage was filmed at last year's edition of the Keep It True XIV festival, which was held April 29-30, 2011 at Tauberfrankenhalle in Lauda-Königshofen, Germany. Performing alongside Leather at the show were MALIBU BARBI drummer Sandy Sledge, bassist Betsey Stephens and guitarist Brett Baugh (who has since left the group). The setlist contained a lot of CHASTAIN classics, songs from Leather's solo album and brand new songs.

A review of the forthcoming DVD can be found on the RockOverAmerica.com web site.

In a recent interview with Maximum Metal, Leone stated about SLEDGE LEATHER, "I never lost touch with [Sandy] Sledge and I'm sure Delphine, if she was still alive, would be calling me. Sledge and I decided that we still had something to say. We wanted to finish what we started so we formed SLEDGE LEATHER. After doing a demo tribute recording of DIO's song 'Egypt', we were immediately booked to play the Keep It True festival in Germany."

When asked if the SLEDGE LEATHER album was completed and what fans can expect to hear from it style-wise, Leone said, "We're really excited about the opportunities that we're being given. It's great for me to finally have a huge say in what's written and how it's written. With Sledge, I feel like it's writing with a soulmate — same beliefs, same ideas — because we are writing what comes to us naturally and what comes to us naturally is HEAVY music. This is metal. It's just 'metal.' Heavy, metal."

Leather Leone recorded a cover version of the DIO classic "Egypt (The Chains Are On)" as a tribute to Ronnie James Dio in October 2010 at the Freedom Studio in Los Angeles, California.