"Don't Know Who To Pray To Anymore", the new video from former GUNS N' ROSES guitarist Ron "Bumblefoot" Thal, will make its online debut on November 23.

Clocking in at over seven minutes, "Don't Know Who To Pray To Anymore" is a true return to form for the epic music video format, with storyline footage showcasing characters in various stages of life, from childhood to adult, hitting an emotional "rock bottom," faced with a life-changing choice. The stories are left open-ended, so you can ask yourself what choice you would make.

"This song speaks for those that feel lost, betrayed, disillusioned, when we question all we believe in. When we start to lash out, and punish ourselves." says Thal. "This is a song about being in this place, in our own personal purgatory. We know we need to heal, but we're not ready to let go."

A teaser for the "Don't Know Who To Pray To Anymore" video is available below.

Directed by Vojan Koceic, the video was a massive undertaking, filmed in three countries at 12 locations, including the Western Wall in Jerusalem, gaining exclusive access to ancient Roman ruins by the Jordanian border, with the distinction of being the only music video to ever have been shot there (filmed by director of photography Ami Bornstein). Additional band performances were filmed in Croatia at the Fortress of Klis and the Diocletian Palace (locations seen on the TV show "Game Of Thrones"),plus an additional 8 sets and featuring more than 50 actors.

"This video needed to be filmed in locations that have a deep historic and spiritual presence," says Thal. Additional filming locations included The Grianan of Aileach Ring Fort at a hilltop in Northern Ireland.

Just days after guitarist DJ Ashba quit GUNS N' ROSES, a source confirmed to Detroit music writer Gary Graff that Thal is also no longer a member of the group — and has been out for some time. The source said, "Bumblefoot quit last year. I don't understand why he continues to be evasive on his status with the band — he quit in South America. He told [singer] Axl [Rose] he was done and [the second GN'R Las] Vegas [residency] would be his last run with the band."

Thal recently revealed that he was focusing on his solo career after spending eight years playing in the current version of GUNS. Thal, however, stopped short of saying that he was no longer a member of GUNS, which has caused some fans to criticize him for not coming clean about where he stands with the group.

Asked to clarify his status with the band, Thal said: "That is the thing I am not to elaborate on. I think there's enough clues out there for you to figure out what I'm up to now."

Thal expressed frustration in 2013 with the lack of new music from GUNS, saying, "If something came out at this point, it would be very old material that is just being released now… We need to make an album of this band right now." The last new GUNS N' ROSES album, "Chinese Democracy", came out in 2008. 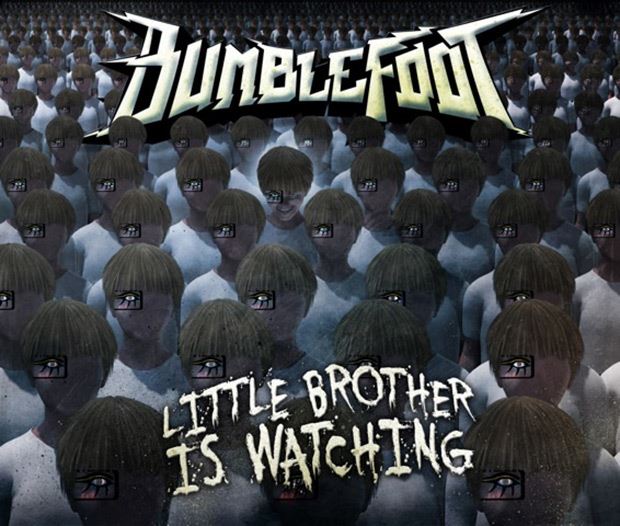