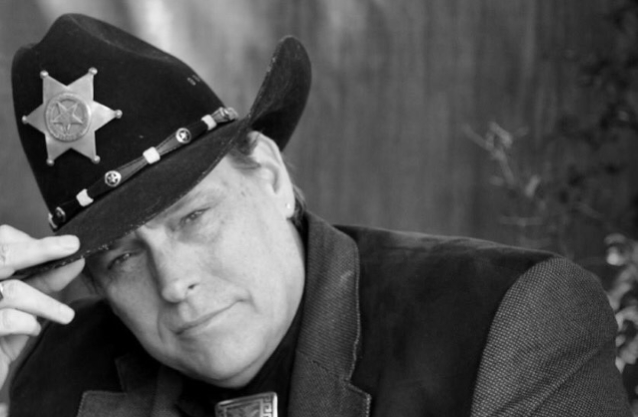 Proving the old adage about cats having nine lives, rockabilly guitarist and icon Danny B. Harvey has returned with a new descendent of the rockabilly project he started back with Lemmy of MOTÖRHEAD and Slim Jim Phantom of THE STRAY CATS.

THE HEAD CAT, as they dubbed themselves, released a studio album, "Fool's Paradise", in 2006 as well as a live album, "Rock N' Roll Riot On The Sunset Strip". Years later, after the passing of Lemmy (who lived more lives than all these other cats combined) Harvey recruited THE 69 EYES crooner Jyrki 69 for (what else) THE 69 CATS. And now, the man who filled Lemmy's motorcycle boots in the legendary space rock band HAWKWIND, Alan Davey, has teamed up with Harvey along with FRANTIC FLATTOPS drummer Paul Vezelis for the newest litter, HEADCAT 13.

Following in the paw prints of the previous groups, this outing offers some more fantastic covers of early rock classics such as "Route 66", "Susie Q" and "Whole Lotta Shakin' Going On", which features a special guest performance by Annie Marie Lewis, niece of The Killer himself Jerry Lee Lewis. But the real cream in this batch comes from the original songs penned separately by Harvey and Davey, including the standout lead-off track "Let's Go Crazy!"

Harvey, who also produced the album, shares this about the single: "I'm so happy that Cleopatra is releasing 'Let's Go Crazy' as the first single off my new HEADCAT 13 album. Last year, when Alan 'Boomer' Davey joined HEADCAT 13 onstage as my bassist for the North American Space Ritual 2019 in Austin TX, I knew it would be a travesty if Alan and I didn't get into the studio and record an album of songs together right away. A few months after the festival, Alan loaded up his car with his infamous Ric bass and his favorite amp and drove all the way from Death Valley to Austin in 100+ degrees heat. We spent five intense but fun days in studio, composing, learning, arranging and recording the songs. This album is a throwback to the way albums were recorded in the golden age of rock'n'roll, go in with nothing and five days later come out with a finished masterpiece. When people ask me what this album sounds like, I quote Lemmy and say, 'It's fucking rock'n'roll, what do you think it sounds like?!'"

"Headcat 13" will be available on digital as well as CD in a special digipak and on a very limited-edition vinyl. 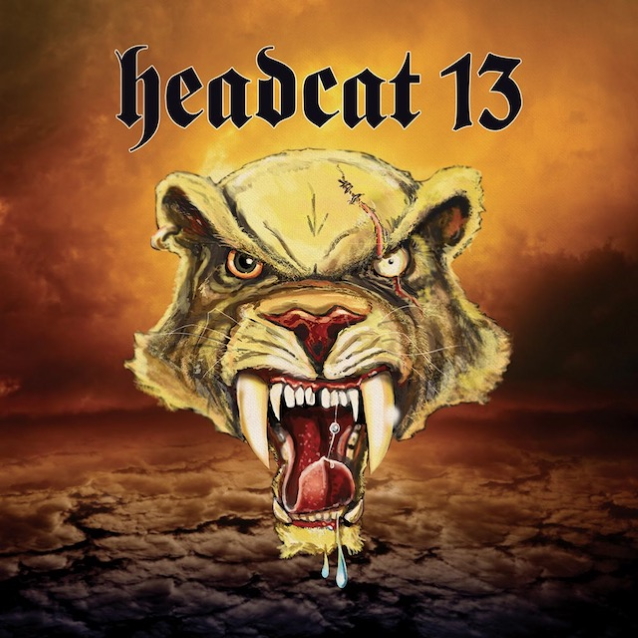