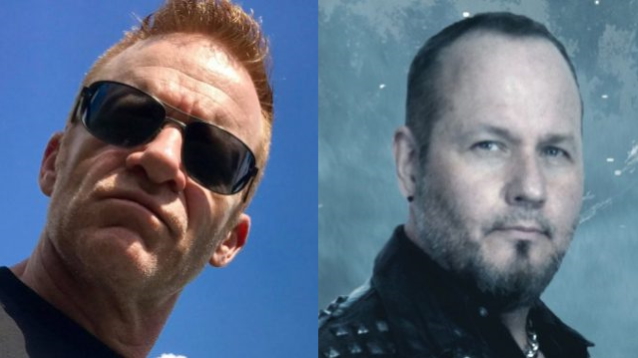 ASHES OF ARES, the band featuring former ICED EARTH members Matt Barlow and Freddie Vidales, will release its third studio album, "Emperors And Fools", on January 21, 2022 via ROAR! Rock Of Angels. The LP ends with the eleven-minute-long epic "Monster's Lament" which features the long-imagined joining of forces between Barlow and another former ICED EARTH singer, Tim "Ripper" Owens.

Speaking to Metalheads Forever about how the collaboration with Owens came about, Matt said (as transcribed by BLABBERMOUTH.NET): "Tim and I and Freddie, we keep in contact through social media and all that stuff anyway. And we have a lot of like interests and things, obviously, outside of that connection with ICED EARTH. We're all in this together right now, especially going through COVID and all that.

"Tim does music for a living. So we just thought it might be cool. We've been talking about doing a collaboration for a while. It just seemed like the right time because we could actually pay him as a musician and get him to participate. And we did that for a couple of musicians that had done guest spots.

"We just thought that this was a good idea," he continued. "This was a song that actually Freddie has had for a while. Freddie wrote the lyrics for it. He had the concept, this idea of a duet-type thing. It's a duet, but not really. I mean, it is, but it's two separate characters — Tim and I are playing two separate characters. And it's quite lengthy, but it's really cool too. It's got the face-ripping parts and then more mellow stuff and kind of coming back up. It's over 11 minutes long. I think it really is a very cool composition. And I hope that people like it.

"Freddie had lyrics but he didn't necessarily have the vocal melodies, so I worked the melodies out," Matt added. "And then the stuff that I worked out, I worked out for Tim and I and then I gave it to Tim. But I didn't hold him in kind of contraints — I didn't say, 'Hey, man, use this kind of voice' or 'Do this.' I just wanted him to do Tim. Whatever struck him the way that it struck him and just kind of following at least the template and staying within certain boundaries but letting him be himself. And I think that really played off. I was able to kind of do something almost point-counterpoint to what he's doing. So Tim's doing Tim and Matt's doing Matt, and so hopefully it hits people in the right way that we were trying to create something that was ebb and flow. We're not competing against each other. We're weaving it so that it's making a cohesive song with different characters involved. So I'm hoping that people dig it."

"Emperors And Fools" was produced by ASHES OF ARES, and mixed and mastered by Byron Filson at Villain Recording in Phoenix, Arizona. The cover artwork was created by Kamil Pietruczynik.

ASHES OF ARES's second album, "Well Of Souls", came out in November 2018 via ROAR! Rock Of Angels. It was the follow-up to ASHES OF ARES's self-titled debut album, which was released in September 2013 via Nuclear Blast.

Three years ago, Barlow told "The Classic Metal Show" about ASHES OF ARES: "Sometimes it's hard to escape the comparisons [to ICED EARTH], because my voice is still my voice no matter what, and I'm still gonna deliver things emotionally like I have before, so people are always gonna draw comparisons with ICED EARTH, and that's fine; I'm completely cool with that. I'm proud of my time in ICED EARTH, proud of everything that I've done with them, proud of them right now, going on and kicking ass. So I don't have any problem with that whatsoever — the comparisons. But that being said, I want ASHES to have its own identity as well. I think, again, as my writing partner, Freddie deserves that — he deserves to have his own identity in ASHES — and I think that's really important; that's what we're striving to do. And also, hey, man, there's already an ICED EARTH out there; they're touring and they're kicking ass, as I stated before. Why would I wanna do ICED EARTH stuff?" 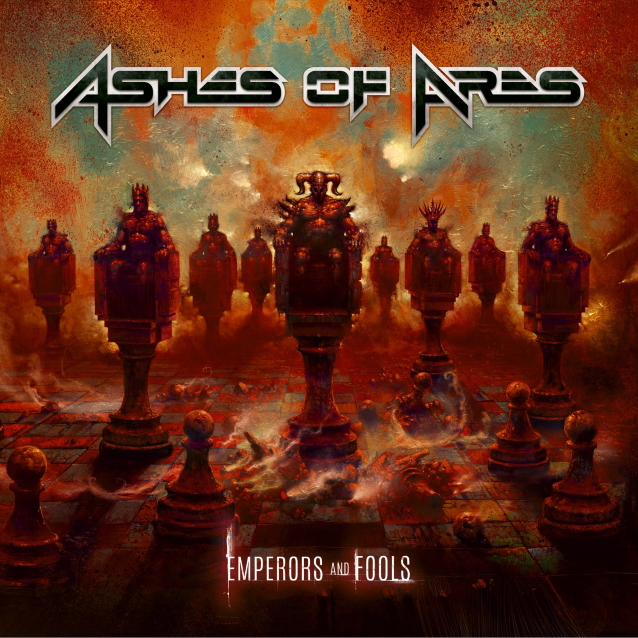 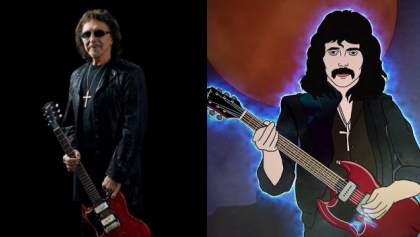 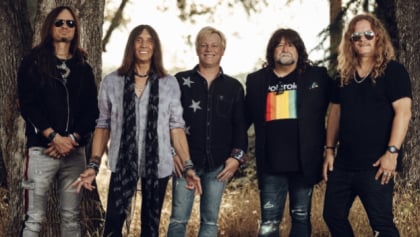 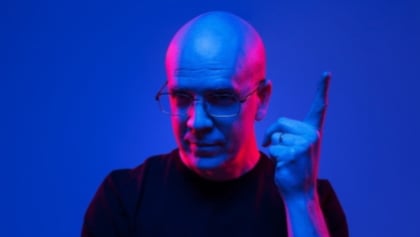