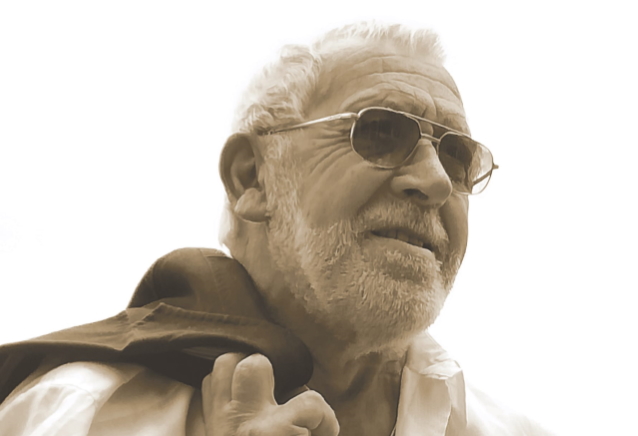 Gordon Haskell, who played bass and sang for KING CRIMSON nearly five decades ago, has died. He was 74 years old.

Haskell's death was confirmed in a post on his official Facebook page. "It is with great sadness we announce the passing of Gordon, a great musician and a wonderful person who will be sadly missed by so many," the statement read.

A separate statement on KING CRIMSON's official Facebook page read: "Gordon Haskell's Facebook page is reporting that Gordon has died. His time in KC wasn't a particularly happy part of his long career but his work on In The Wake Of Poseidon and in particular, Lizard is much admired in the CRIMSON community."

Haskell made his KING CRIMSON debut on "In The Wake Of Poseidon" (Island, 1970),singing on the song "Cadence And Cascade", and playing bass and singing most of the vocals on follow-up album "Lizard" (Island, 1970).

Haskell has dipped in and out of the music scene for more than 50 years. He has played all over the world as part of very successful groups, then as a solo artist, then as a jobbing drifter, enjoyed Top 2 status and massive radio support.

English by birth, he set up home on the Greek island of Skopelos in 2008 stating that he had "finally given up on England as a lost cause." In 2016, he returned to the U.K. because of the financial crisis in Greece.

Haskell's first record, "Circles", was with the hugely influential FLEUR DE LYS in 1966. He was the bassist and songwriter. His first solo album was with CBS in 1969.

After a brief spell with KING CRIMSON as bassist/vocalist in 1971, he was signed to Atlantic by Ahmet Ertegun. Arif Mardin (of Norah Jones fame) produced his second album, "It Is And It Isn't".

Gordon has made many albums since and all of them, along with his work with FLEUR DE LYS, still attract attention, steadily selling throughout the world. His mainstream breakthrough came in 2001 with the single "How Wonderful You Are" and the album "Harry's Bar" in 2002. Both hit the No 2 spot and continue to sell to this day.

The following album, "Shadows On The Wall", marked a sea change as Gordon took a well-earned break and wrote his autobiography.

Haskell's latest solo LP, "The Cat Who's Got The Cream" (Zoo Records),was released earlier this year. It came after a decade-long recording hiatus following the arrival of "One Day Soon" (Fullfill Records, 2010).

It is with great sadness we announce the passing of Gordon, a great musician and a wonderful person who will be sadly missed by so many.

Gordon Haskell's Facebook page is reporting that Gordon has died. His time in KC wasn't a particularly happy part of his...