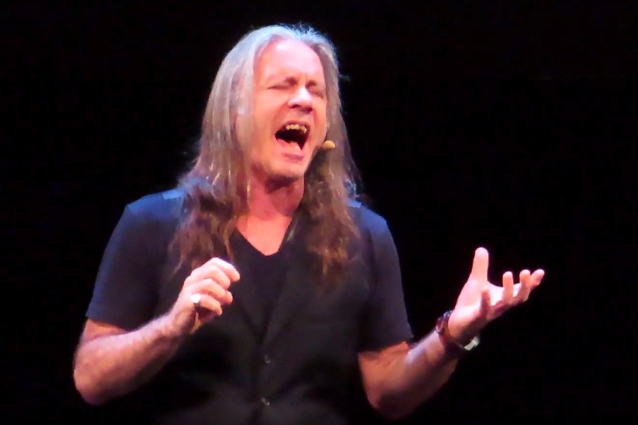 McGovney was a member of METALLICA during 1982 and appeared on the band's early demos. Tension between McGovney and then-METALLICA guitarist Dave Mustaine led to the bassist quitting the band and being replaced by Cliff Burton. He later told "Talk Is Jericho" that his exit from METALLICA wasn't upsetting to him because he was less into the band's thrash style, plus he was interested in being a motorcycle mechanic.

The British heavy metal legends haven't released any fresh music since 2015's "The Book Of Souls" LP, which was recorded in late 2014 in Paris, France with longtime producer Kevin "Caveman" Shirley.

I snapped a picture of Bruce Dickenson of Iron Maiden at a hotel pool in the early 80s. He wasn't happy. He told me that I wasn't his official photographer. Had a run in with "official photographer" in Cleveland at RRHOF party in 2009. What a little jerk. pic.twitter.com/dCSHtUMN6H