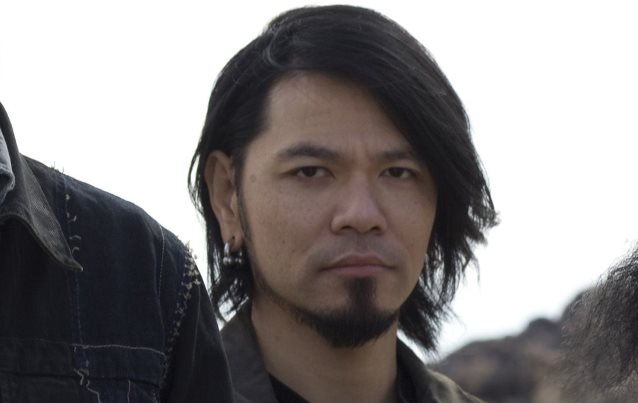 Says BELLUSIRA in a statement: "STATIC-X was a big influence for the band. We still listen and love their records, so it really means a lot to us to have Koichi on board. Koichi will be joining us live from August and is currently working away on our set whilst we [are in] Australia to play with SEETHER in Melbourne and tour for the next couple of weeks."

BELLUSIRA's debut album, "Connection", was released in June 2013. A follow-up effort — which was completed before Fukuda joined the band — will arrive before the end of the year.

In a 2014 interview with Indie Band Guru, BELLUSIRA bassist Mark Dalbeth stated about the band's name: "The name is a combination of two Latin words which are Bellus (Beautiful) and Ira (Anger). Life is full of light and dark moments and that also comes through in our music. Our singer, Crystal, was the one that came up with the idea for the name."

Regarding BELLUSIRA's musical direction, Mark said: "We are a band that listens to a lot of different styles of music, so that, naturally, comes out in the writing process. We also try and stay away from what everyone else is doing in the scene; trying to latch on to something like that will, no doubt, be career suicide. The most important thing to us is to write the best songs that we can write."