Former VISIONS OF ATLANTIS Singer To Guest On ADYTA EP

"Joakim Severinsen, mastermind of a new project called ADYTA from Norway, has asked me to contribute to his upcoming EP. The music is fantastic and I implore you to watch for that. You can check out some preliminary samples at their MySpace plus learn a bit more about their group. Very talented guy and should be a great offering to symphonic metal."

ADYTA was founded by guitarist and composer Joakim Severinsen after his departure from the symphonic metal band MORTIFERIA in January 2008. According to the band's official bio, "Joakim parted ways with MORTIFERIA due to the lack of participation from other members in the band. He also felt that taking the new music that he was writing to the next level could only be to start its progress again."

ADYTA's musical style is described as "symphonic metal with female vocals, and it will contain elements from all from folk music, to extreme metal. A lot might sound like film music."

Minnesota-based vocalist Melissa Ferlaak and her now-husband, guitarist Wolfgang "Wops" Koch, left VISIONS OF ATLANTIS last year due to "musical differences." Koch has since been replaced by the returning guitarist Werner Fiedler, who was responsible for much of the songwriting on the group's first two records.

Ferlaak and Koch are expecting their first child in February 2009. 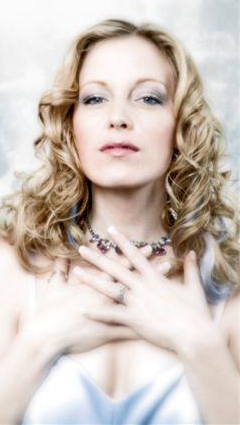 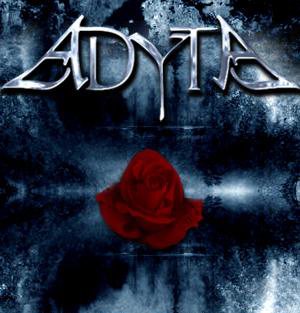