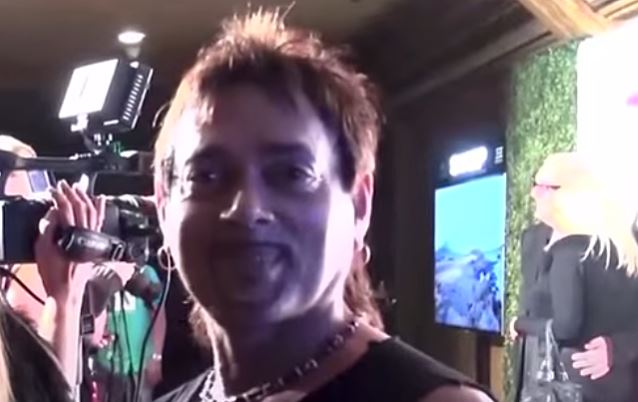 One of the final interviews with Andy Fraser, bassist for legendary British band FREE and co-writer of "All Right Now", conducted on February 8 by RocknRolivia of The Rockin' Rag at Rock Against Trafficking's Grammy after-party in Los Angeles, can be seen below.

Fraser died on Monday (March 16) at his home in California after battling both AIDS and cancer. Fraser co-founded FREE when he was just 15-years-old with Paul Rodgers, the late Paul Kossoff and Simon Kirke.

An official statement was issued, saying: "Andrew McLan Fraser passed away on Monday at his home in California. He leaves behind his daughters Hannah and Jasmine Fraser, and their mother Ri, his sister Gail, brothers Gavin and Alex, and many friends and associates in the industry. A survivor of both cancer and AIDS, Andy was a strong social activist and defender of individual human rights."

In 2005, Fraser spoke about his musicianship, telling DMME.net, "To be quite honest, I never thought of myself as a bass player. I actually only used the bass guitar because the other kids in our school band wanted to be the singer or drummer or guitarist. I have always thought of myself as doing whatever was necessary to make the whole thing work."

In addition to his work with FREE, Fraser will be remembered for his '70s work with guitarist Chris Spedding in the band SHARKS.