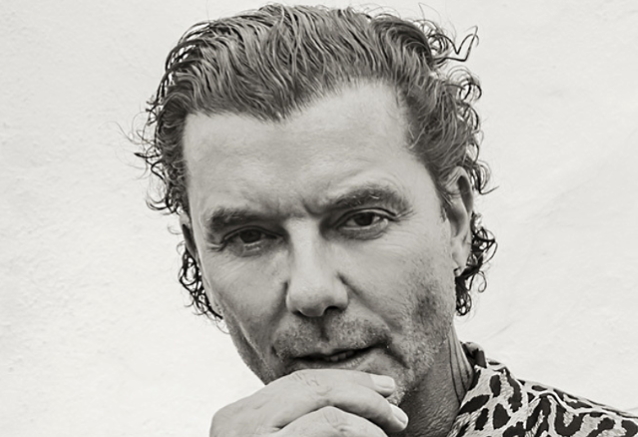 In a new interview with Brazilian journalist Igor Miranda, BUSH frontman Gavin Rossdale reflected on the band's 30th anniversary. Gavin said (as transcribed by BLABBERMOUTH.NET): "I'm very, very lucky. I've had a lot of great people to help me. And there's times when I've won the match and times when I've lost the match.

"To be successful is to withstand a thousand deaths and a thousand enemies, and it's not easy, but, at the same time, I think that there's been such incredible support for us at the shows we play — wherever we play," he explained. "We've been very lucky. It's only because the people want us that we stay; it's not even my decision. I'm just lucky. It's their decision, because if people don't like the music, don't come to the shows, don't stream it, it's no good; it's over anyway. So it could be over any day. But for now, I think with this [new BUSH] record ['The Art Of Survival'], we have a little bit more life. It's like oxygen packs; we get to stay in the dance a little longer."

BUSH's ninth full-length album, "The Art Of Survival", was released on October 7 via BMG. The band wrote and recorded the LP during 2022, reteaming with Erik Ron (PANIC! AT THE DISCO, GODSMACK) who produced "Flowers On A Grave" and the title track for "The Kingdom", and collaborating once again on two tracks with film composer, musician, and producer Tyler Bates ("300", "Guardian Of The Galaxy"). The central theme speaks to both the human spirit's resiliency in the face of trials and tribulations as well as the band's own enduring place as rock outliers.

In a separate interview with Stereogum, Rossdale was asked about the "more metallic sound" of "The Art Of Survival" compared to BUSH's earlier efforts. He responded: "Metallic, or metal? It's not a metal record, 'cause I don't sing that way, [but] look, I'm always trying to push.