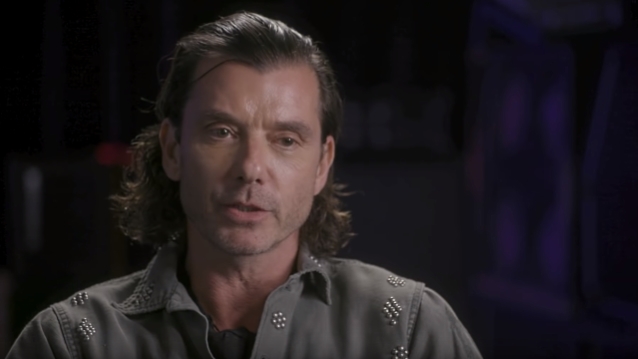 GAVIN ROSSDALE Says New BUSH Album, 'The Mind Plays Tricks On You', Is 'Really Close' To Being Finished

BUSH frontman Gavin Rossdale spoke to Australia's Heavy about the band's next studio album, "The Mind Plays Tricks On You", which is tentatively due in early 2020. The disc was recently recorded at a Los Angeles studio with film composer Tyler Bates, who has previously worked with Marilyn Manson.

"It's really close [to being finished]," Rossdale said (hear audio below). "I thought we'd be done by now. We're just going through the mixes and a couple of last bits and pieces. But nothing is far away. All the songs are chosen, and the band's done [recording its parts]. There's a few pieces from… the producer wants to put a couple of things on things. And I'm going back this weekend to just… a couple of technical things — re-sing some lines that got broken or something. So, yeah, really close. I thought we'd be ready by now. But it'll definitely be ready in time for the [Australian] tour [in April 2020]. There won't be too many [songs in the setlist] from the new record, but I think it'd be nice to pepper three or four in there and see how it goes."

Rossdale also elaborated on his recent comment that performing at various hard rock and heavy metal festivals in the last couple of years has influenced the musical direction of the new BUSH material.

"I think to the point of where listening to a lot heavier music and just really enjoying the music…. The singing and stuff, I like a lot of it, but just the feel, just the heaviness of it is what I enjoy," he explained. "The last record, 'Black And White Rainbows', had kind of a bruised genesis, and this has a slightly more aggressive approach. But aggressive — my version of aggression is not like head butting; it's just deep and powerful."

BUSH is currently on the road with LIVE. "The Alt-Imate Tour", a co-headline summer run, sees BUSH and LIVE celebrating the 25th anniversary of their respective landmark albums "Sixteen Stone" and "Throwing Copper". Produced by Live Nation, this hits-packed road show is hitting arenas and outdoor amphitheaters in 33 cities across the country, with stops in Boston, Los Angeles, Atlanta and more before wrapping September 8 in Rochester, Michigan at Meadow Brook Amphitheatre.