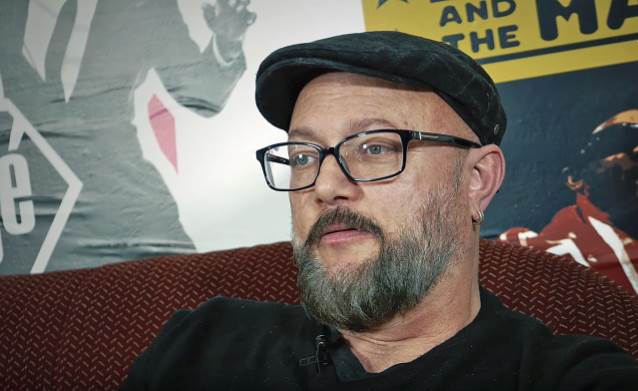 GEOFF TATE: 'I Gave Up Trying To Guess What People Like A Long Time Ago'

Former QUEENSRŸCHE and current OPERATION: MINDCRIME singer Geoff Tate was interviewed by Duke TV on March 24 in Vauréal, France. You can now watch the chat below.

Speaking about the audience's expectations from his music, Tate said: "I kind of gave up trying to guess what people like a long time ago. I think if you spend so much time trying to figure out what different people like, you'll spend no time figuring out what you like. And as an artist and as a music writer, you have to kind of follow what's interesting to you; that's what it's about. For me, at least, I'm making music for myself and for what I like. I'm sharing it with the world. I'm not making it for the world."

Tate also talked about how QUEENSRŸCHE embraced technological advancements in the early part of the band's career. He said: "QUEENSRŸCHE, we were always kind of doing things our own way. Even when we started out, we never played live until we had a record deal, and then we played live. So that was really unheard of; most people didn't do that. We were on the cutting edge of a lot of technology development, live performance media. We were the first band ever to participate in an Internet broadcast. We had separate management and record-company involvement. We had agreements with our record company — they didn't tell us how to make music and we didn't tell 'em how to sell records; that kind of thing. And that worked really well for a long time."

He added: "I don't really have too many regrets other than perhaps financially I wish I would have invested in Microsoft earlier on. [Laughs] It probably would take a little stress off to be financially independent."

Tate will celebrate the 30th anniversary of QUEENSRŸCHE's landmark concept album "Operation: Mindcrime" by performing the LP in its entirety on a U.S. tour beginning on June 7 in Lancaster, Pennsylvania.

His band features Kieran Robertson from Scotland on guitar, Bruno Sa from Brazil on keyboards, Jack Ross from Scotland on bass, Scott Moughton from Canada on guitar, Josh Watts from England on drums and Geoff Tate's daughter Emily, who is singing the parts of Sister Mary. She's also in the band TIL DEATH DO US PART, who are special guests on this tour.