GLASGOW GRIN To Hit The Road With THE SERPENT & THE SIREN

GLASGOW GRIN, the Guelph, Ontario, Canada-based extreme metal band featuring former members of DEAR BLACK DIARY, will embark on the Hypothermia Tour 2009 with THE SERPENT & THE SIREN. The trek will cross-cross Ontario throughout the month of January and February, with more dates expected to be announced soon.

GLASGOW GRIN's Year of the Sun Records debut, "Saints of the Greatest Sin", was recorded at Frozen Solid Studios with producer Matt Connell (EXHUMED, FUCK THE FACTS) and mixed by Jamie King (BETWEEN THE BURIED AND ME). It is a concept record based around a serial killer who murders sex offenders and is pulled together by the chilling album artwork and an eight-page short story contained in the liner notes. 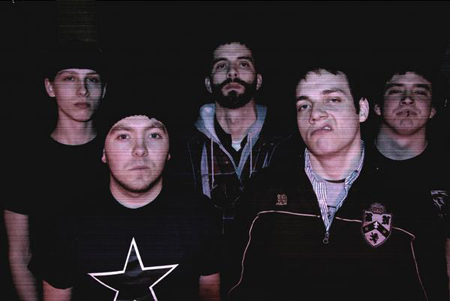