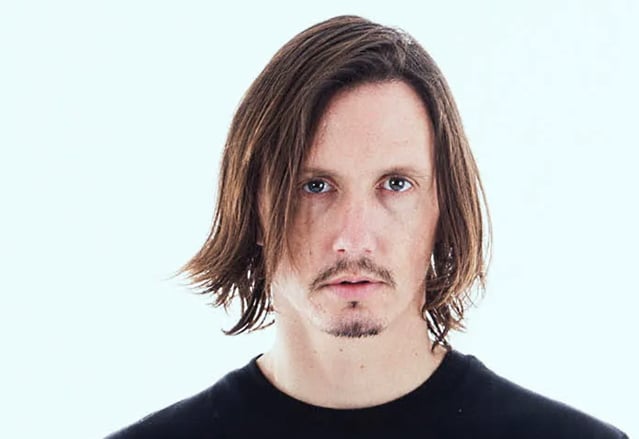 In a new interview with Sakis Fragos of Rock Hard Greece, drummer Mario Duplantier of French progressive metallers GOJIRA was asked what it feels like to receive praise from some of their musical idols, such as the members of METALLICA. Mario responded (as transcribed by BLABBERMOUTH.NET): "It feels great. It feels amazing. It's almost like when you go to school and you teacher is congratulating you, 'You did a great job. You have a good note.' It's almost like Lars Ulrich and James Hetfield were my teachers, in a way. I just watched so many videos of them, analyzing every detail. They are geniuses, you know. And the reason why I'm playing metal in my life is 'cause of them. So having the recognition is something mindblowing, I would say. But it's also a lot of work. We've been a band for 25 years, so I would say we didn't steal it. We did a lot of sacrifice. And believe me, when you grew up in France, in the south side, in the countryside, it's a tough idea, it's almost a dangerous idea to just start a band as your main job, et cetera et cetera."

Back in 2017, Hetfield mentioned GOJIRA while speaking to WLS-TV about how METALLICA goes about choosing its support acts. He said: "When we go out and tour, we try and bring bands out that have either done well on their own or we get along with or we just like their music. There's gotta be some connection. It's not, 'Oh, they're hot right now. Bring 'em out.' But you have a history with them, you get along really well. That's one of the main things about touring — just getting along with people. Maybe it happened in the old days, where there's fighting between bands and all this crap. But that's kind of… It's old hat. But as far as bands going out with us now, there's a band called GOJIRA, who we've had out quite a few times. And, yeah, they're good and they're heavy."

A year earlier, METALLICA guitarist Kirk Hammett told Malay Mail Online that he remains supportive of younger generations of heavy metal artists. He spoke glowingly about GOJIRA, saying that they were "the best thing I've heard in a long time. I love their new album," he said, referring to 2016's "Magma". "I think it's an incredible piece of art. It's heavy, it's vibey, it's moody. It has all the things you want to hear — great complex rhythms, great drumming, great riffs, great songs."