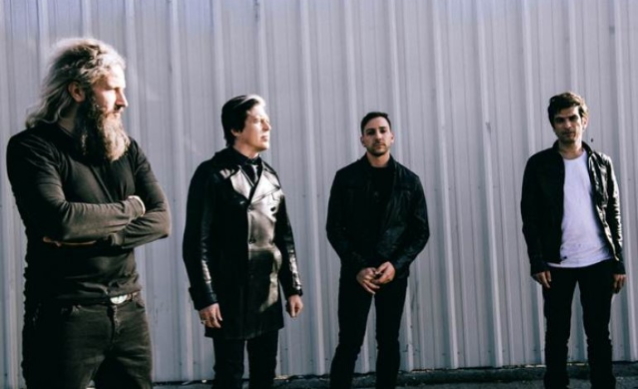 GONE IS GONE Feat. MASTODON, AT THE DRIVE-IN, QUEENS OF THE STONE AGE Members: Listen To New Song 'Everything Is Wonderfall'

GONE IS GONE, the project featuring MASTODON's Troy Sanders, AT THE DRIVE-IN's Tony Hajjar, QUEENS OF THE STONE AGE's Troy Van Leeuwen and guitarist-keyboardist Mike Zarin, has released a new song called "Everything Is Wonderfall".

"Everything Is Wonderfall" is the first new music from GONE IS GONE since the release of "No One Ever Walked On Water" last December. Prior to that, GONE IS GONE issued "Phantom Limb" in November 2017 as part of a seven-inch red vinyl single for Record Store Day's Black Friday.