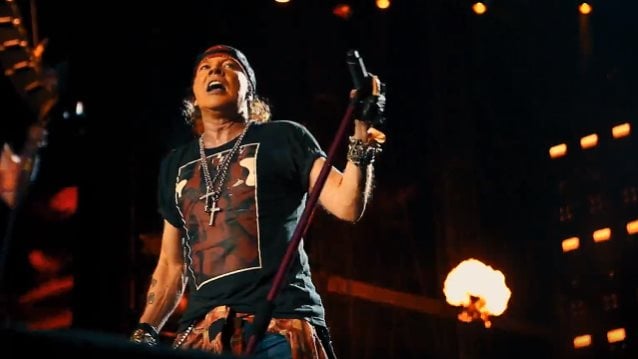 GUNS N' ROSES played a cover version of VELVET REVOLVER's "Slither" live for the first time at the opening show of the summer 2018 European leg of the "Not In This Lifetime" tour Sunday night (June 3) in Berlin, Germany. Fan-filmed video footage of the performance can be seen below.

A 15-second video clip of GUNS N' ROSES rehearsing "Slither" emerged earlier this weekend, leading to speculation that the band was planning to debut the track at the Berlin concert.

"Slither", which was featured on VELVET REVOLVER's debut album, "Contraband", won a Grammy for "Best Hard Rock Performance" in 2005.

GUNS N' ROSES reportedly rehearsed "Slither" during the 2016 leg of the "Not In This Lifetime" tour, but never performed the song live.

In a 2010 interview with Details magazine, Weiland touched on the subject of GUNS N' ROSES singer Axl Rose, with whom he feuded for a while after joining Rose's former bandmates in VELVET REVOLVER. Weiland said: "We came close to getting together one time. I had wondered if he was the center of all their problems or if it was a mixed bag — and it was definitely the latter."

Scott added about his split with VELVET REVOLVER: "When VELVET REVOLVER first got together, it was great.. We had all been through the same experiences, and it felt like a gang. But everyone was a rock star. There were petty jealousies. Then the wives got involved with the business of the band, and that was the beginning of the downfall."

VELVET REVOLVER never officially found a new frontman following its April 2008 split with Weiland and has been more or less on hiatus, although it reunited with the former STONE TEMPLE PILOTS vocalist for a short one-off performance at a benefit concert in January 2012.

Weiland died in December 2015 of a drug overdose while on a solo tour.

The GUNS tour continues this summer in Europe, while a massive box set reissue of the band's classic 1987 debut, "Appetite For Destruction", arrives at the end of June. 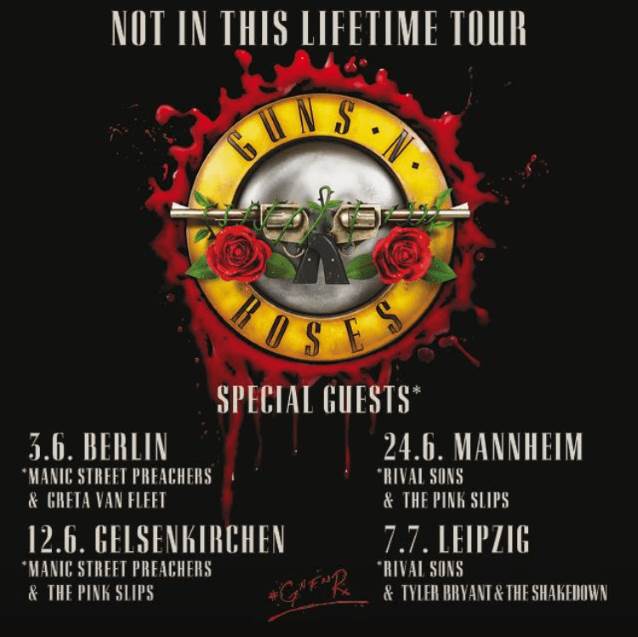