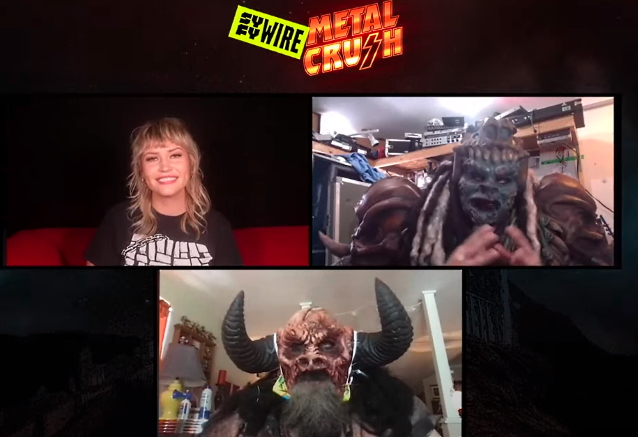 Future segments surrounding "metal" movies will include Corey Taylor (SLIPKNOT, STONE SOUR),Scott Ian (ANTHRAX),Jonathan Davis (KORN),Maria Brink (IN THIS MOMENT),and more, sharing their love for sci-fi, fantasy and horror, and discussing the organic crossover between genre and heavy metal. Additionally, fans will be able to go online to Syfy Wire's YouTube page or listen to an original limited-series podcast (available on Syfy.com and major podcast platforms),for full conversations that dig deeper into each artist's favorite sci-fi and horror content, metal inspirations and more.

"We know there's a natural connection between fans of metal and genre," shared SVP of Syfy Wire and personal heavy metal aficionado Sandy Deane. "Syfy is bringing both together in a way that may seem surprising to some, but makes perfect sense to us."