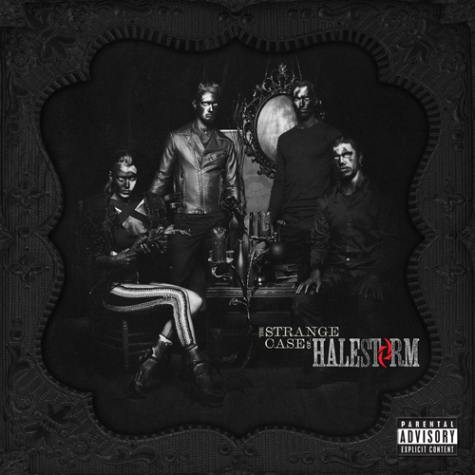 HALESTORM's second album, "The Strange Case Of…", arrives next Tuesday (April 10) and singer Lzzy Hale told The Pulse Of Radio that fans are "going to be hearing and tasting a lot of different sides of HALESTORM" on the record, adding, "It's us really not boxing ourselves in. On our last record, we were trying really hard to make sure everything is consistent, that there was a theme, everything was on 10. With this new one, we just kind of let it be what it was going to be . . . this record is a lot more human than the last record. I decided to be brave on this record and go to all extremes."