Swedish melodic metallers HAMMERFALL have launched a special Christmas calendar containing daily specials such as clips from the "Any Means Necessary" video shoot, which took place in Belgrade, Serbia, videos from the band's rehearsal room, funny photos, singer Joacim Cans' recipe for Christmas cookies and other cool stuff. This can be found on the band's official homepage.

Says the band: "Christmas is soon upon us, and we in HAMMERFALL have a special treat for you: every day from now until Christmas Eve, there will be a new surprise behind the doors in our special Advent calendar and with a huge grand opening on the 24th. So be sure to check back daily for an exclusive look on the new and improved HAMMERFALL!"

"Any Means Necessary" is the first single off the band's eighth full-length album, "No Sacrifice, No Victory", due on February 20, 2009 via Nuclear Blast Records. The CD was recorded in part at Andy La Rocque's (KING DIAMOND) Sonic Train Studios in Varberg, Sweden and includes an instrumental written by the group's latest addition, guitarist Pontus Norgren (THE POODLES, TALISMAN, GREAT KING RAT),as well as a song entitled "One of a Kind", which was composed as a collaboration between HAMMERFALL guitarist Oscar Dronjak and IN FLAMES axeman Jesper Strömblad (who was a member of HAMMERFALL in the band's earliest incarnation). The cover artwork was created by Sam Didier, while Thomas Ewerhard was responsible for the CD layout.

"No Sacrifice, No Victory" track listing:

Pontus Norgren joined HAMMERFALL as the replacement for Stefan Elmgren, who left the band in early April to focus on his new career as a pilot.

HAMMERFALL's "Masterpieces" CD — a collection of all the covers the band has recorded to date plus three previously unreleased versions of other artists' songs — entered the German Media Control chart at position No. 69. Meanwhile, HAMMERFALL's "Rebels With A Cause - Unruly, Unrestrained, Uninhibited" DVD chronicling the last few years of the band's career landed on the German chart at No. 81 (German chart rules allow music DVDs to enter album charts).

The band will embark on a European headlining tour in early 2009, with support from SABATON and BULLET. 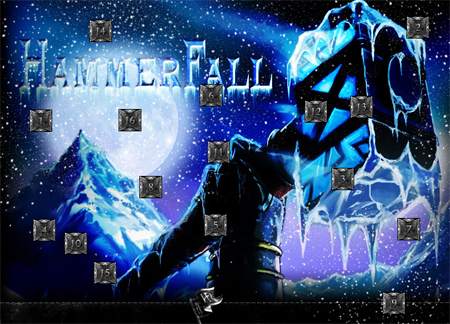 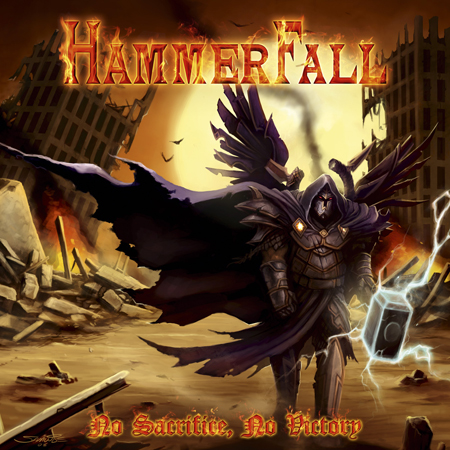