Punk rock icons BAD RELIGION have just released "Emancipation Of The Mind", an outtake from the band's critically acclaimed 2019 album "Age Of Unreason". The track's upbeat messaging calls for reason and open-mindedness as a new administration is welcomed into the White House today. BAD RELIGION has always advocated for humanism, reason, and individualism, which has never been more essential.

"I think the song really is a celebration of enlightenment values that can be cultivated through enthusiastic learning and open-mindedness," says co-songwriter and vocalist Greg Graffin. "So often we're told what to think. But learning how to think (as opposed to learning what to think) is a true feeling of emancipation from the constraints of indoctrination that are so commonplace in our society."

Last month, BAD RELIGION celebrated its 40 years of making music with "Decades", a four-episode online streaming event captured live at The Roxy Theatre in Hollywood, California. The band felt it important to commemorate the conclusion of 2020 as a strange moment in history when they reached that 40-year milestone. The celebratory episodes included live performance footage, exclusive interviews, and a peek at their rehearsals leading up to the taping of "Decades".

In August, BAD RELIGION released its autobiography, "Do What You Want: The Story Of Bad Religion", written with the group's full cooperation and support. It reveals the ups and downs of the band's 40-year career, from their beginnings as teenagers experimenting in a San Fernando Valley garage dubbed "The Hell Hole" to headlining major music festivals around the world. The book predominantly features the four principal voices of BAD RELIGION in a hybrid oral history/narrative format: Graffin, Brett Gurewitz, Jay Bentley and Brian Baker. It also includes rare photos and never-before-seen material from their archives.

In September, Graffin spoke to "The Five Count" radio show about what keeps him inspired to make new music four decades into the veteran punk band's career. 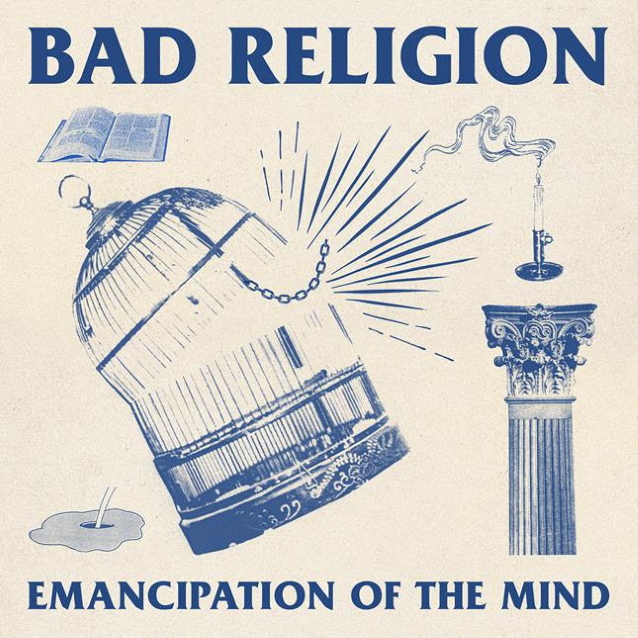