(HED) P.E. has announced the details on its "Califas Worldwide" compilation album, dropping December 17 via Suburban Noize Records. Califas is a Hispanic nickname for Southern California, a moniker that perfectly describes (HED) P.E.'s Huntington Beach G-Punk sound as it melds together with artists from around the world to create the unholy union of "Califas Worldwide".

"When the first phase of the pandemic hit, all of our tours were canceled and we had just released 'Class Of 2020'," said (HED) P.E. frontman Jared Gomes. "Rather than sit around waiting for this thing to end, I decided to channel all my energy into creating music and to work with new artists from a variety of styles. We had people from all over the world from places like Belarus, Russia, England, France, Argentina, Italy, and Germany send in tracks. When I finished, I realized there were some really cool vibes here; so I sent a selection to the record label and they agreed. They offered to release a record with all these different artists,".

"The word Califas is Spanish slang for California. I feel like my vocals have a SoCal vibe to them, so the title was a cool way of tying together all the tracks from all over the world with my Cali vibes."

In order to bring those Cali Vibes to life visually, (HED) P.E. enlisted Jim "Taz" Evans to create the cover art. Known as the "Rock Poster God," Taz has illustrated and designed some of the most iconic rock posters for everyone from Neil Young, RAMONES, SMASHING PUMPKINS, THE PIXIES, and more. For "Califas Worldwide", Evans came up with an iconic lowrider and street art that have been synonymous with the southern California landscape.

(HED) P.E. are the pioneers of the G-Punk sound, which fuses together punk-rock, metal, hip-hop, and reggae. For over two decades, the band has toured the world alongside hard rock chart-toppers like PAPA ROACH and LINKIN PARK, hardcore legends SUICIDAL TENDENCIES, as well as the iconic Ozzfest tour. (HED) P.E. experienced a creative resurgence after signing with Suburban Noize Records in the early 2000s and was instrumental in developing the booming underground scene.

The track listing for "Califas Worldwide" is as follows:

(HED) P.E. will hit the road on the second leg of their "Sandmine" tour with dates starting October 29 in Costa Mesa, California. 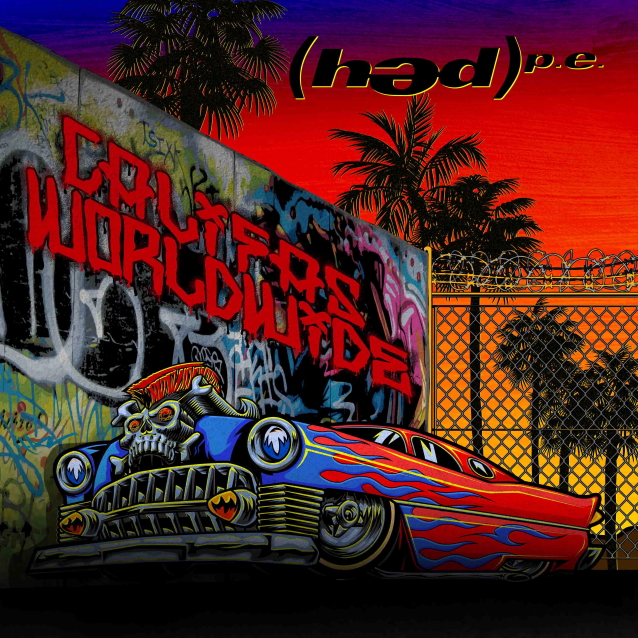