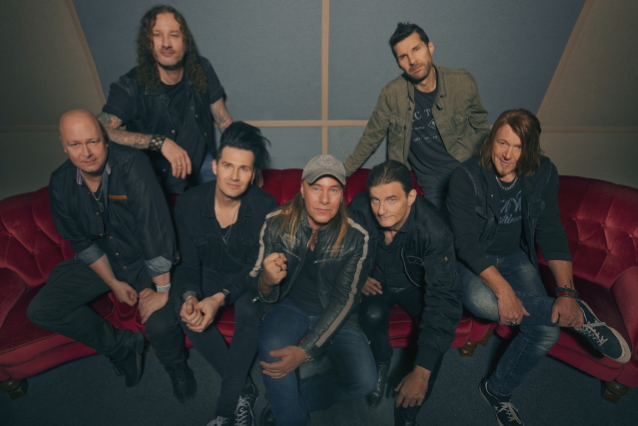 The "Pumpkins United" lineup of the German heavy metal band HELLOWEEN recently entered the H.O.M.E. Studios in Hamburg (where everything started in 1984) to work on brand new song material. The same recording console used for such HELLOWEEN albums as "Master Of The Rings", "Time Of The Oath" and "Better Than Raw" is now being utilized to record the band's new studio album — featuring an "analog and deliberately back-to-the-roots" vibe, according to a press release. The effort will feature singer Michael Kiske and guitarist Kai Hansen, along with Dani Löble drumming on late HELLOWEEN drummer Ingo Schwichtenberg's original kit. Due at the end of August or beginning of September 2020, the disc is being produced by Charlie Bauerfeind and Dennis Ward, who are excited about the quality of the material they have on offer from the band.

"The 'Pumpkins United' world tour 2017-2019 forged us into a real band," said singer Andi Deris. "We are all very keen in recording a new studio album now. Artistically, it's extremely thrilling."

In other news, HELLOWEEN has announced the "United Alive World Tour Part II", set to kick of in September 2020.

Bassist Markus Grosskopf said: "It was already lots of fun to create a show from the variety of records for the first tour. With the new album, we are able to top this. Of course, the set will contain our classics again — especially those songs we were not able to play on the first tour."

Added guitarist Sascha Gerstner: "The social media feedback was overwhelming on all counts. To hear and read 'This was the show of my lifetime' gives you the ultimate kick to offer the fans even more. Let's go for the next round!" 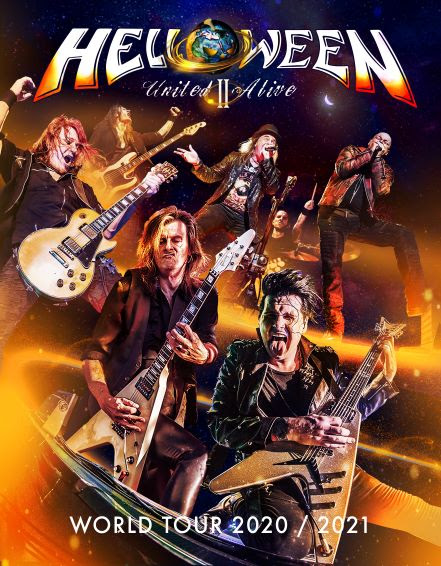