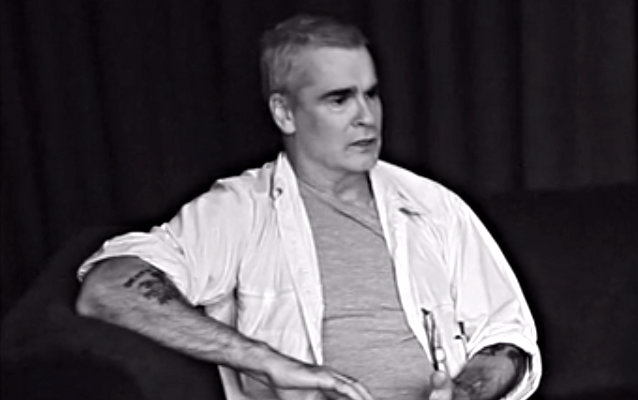 Asked about the U.S. presidential election, Rollins said: "Here's what you have in America… Just my opinion… You have a culmination of a few things. First off, you have the conscientious dumbing down of an electorate for at least forty-something years; that would be the Reagan administration to now. And so with that, you get a coarser, less intellectually curious America, who fears the world, that thinks he or she is the world, not a part of it. You also have a country that has gone for the short money at every possible turn, instead of investing in America, its young people with education, education, education… emptying the prisons by filling the schools, which is my 'tree-huggy' way of getting things done."

He continued: "Smart people make better decisions, in my opinion, but you have to treat them better, because they know better. That's been the problem in America. The old money wants to keep things status quo, and more people are getting educated, and they see what hypocrisy they're surrounded by. And so, people on the left of center, people on the right of center, everyone's mad, and everyone's polarized. And we find out that having an African-American-descent president for eight years… You did not know how many racists you shared a country with until a really smart black guy becomes president. And then you find out your country has major problems. And in comes Donald Trump, who speaks in bumper-sticker logic: 'We're gonna build a wall and Mexicans will pay for it. Immigration solved.' 'What about this?' 'I'll put my best people on it.' He talks tough about China, he talks tough about these countries. Saudi Arabia… You don't shove these countries around if you're America. Saudi Arabia owns so much American debt, which they can sell, which they can destabilize America with a few pen strokes. To talk tough to them… China has a bunch of American debt. You just don't slam the phone down and laugh with these people, with these countries, with these massive economic forces. But people like what they hear."

Rollins added: "On the other hand, you have Hillary Clinton, who is not my favorite person in the world. However, I think she would actually make a very good president in that she's super boring, she knows leadership, she's been around it, as a senator, as a secretary of state, and as a first lady. I think she's kind of been around it for thirty-something years, and I think she would make a very good status-quo, keep-everything-from-blowing-up kind of president, maybe even beyond that a really, really good one. 'Cause I don't think she's a bad person; I just think she's kind of a political operative who just wants her day in the sun, like, 'Damn it! I've waited my turn. I will now be president.' But I do think she's actually motivated, where Donald Trump, I think, was running for fun, and it got ahead of him."

Rollins spends most of his time writing a weekly column for alternative newspaper LA Weekly, taking on various acting roles, curating a radio show for Los Angeles-based KCRW and going on extensive spoken-word tours. He recently launched another extensive spoken-word tour in North America where he is reflecting his insights on his wide travels and sharing his commentary on the recent nature of politics with a touch of Rollins humor for his audiences.