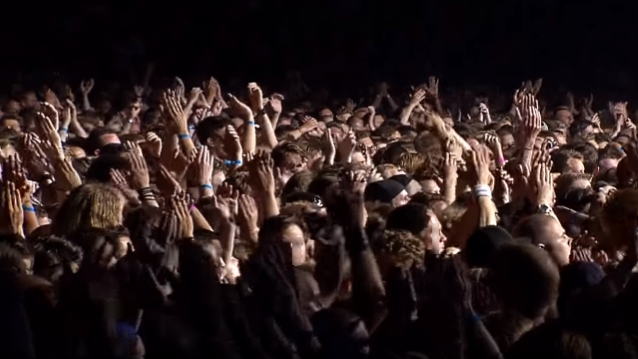 He said (see video below): "We are a small country. Such a small country that many times, we only have one thing at a time. So, let's say, in the '80s, it was heavy metal; in the '90s, it certainly wasn't heavy metal — it was Euro-dance pop. Nowadays, it seems that heavy metal is more or less in the popular mainstream.

"We have private music schools, which are funded by government mostly," he continued. "The ideal behind that was that everyone should be able to learn music in a high level, if they wanted."

When the interviewer pointed out that Finland's love of headbanging heavy metal music appears to be counterculture to everything else the country is known for, Lijla responded: "It's a bit like a myth that also maybe Finnish musicians, or Finnish people in general, like to think or like to advertise that we are a strange country and strange people living in the woods."

Some even claimed that Finland was the only country in the world where metal was "mainstream," and people actually studied Finnish and Norwegian to better understand heavy metal music.