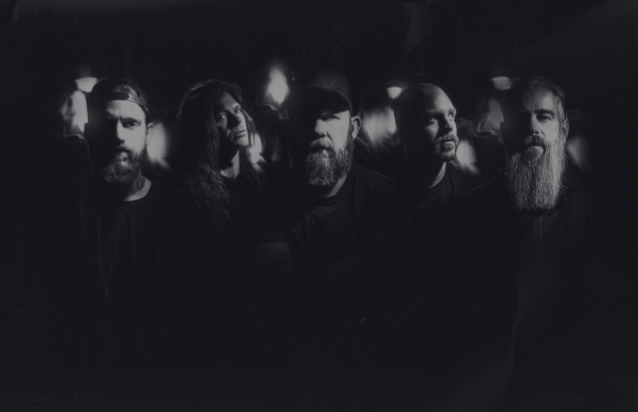 IN FLAMES has just released a music video for a brand new song, "State Of Slow Decay". The band performed the track — which was produced by Howard Benson, mixed by Joe Rickard and mastered by Ted Jensen — live for the first time during its concert on Friday (June 10) at the Sweden Rock Festival in Sölvesborg, Sweden.

IN FLAMES singer Anders Fridén stated about the song: "We have always done our own thing without any pressure from the outside world. But being back with Nuclear Blast worldwide has for sure inspired us to write a host of new material that includes the past, the present and the future. 'State Of Slow Decay' includes everything that IN FLAMES are known for, but it's more than just a song, it's a fucking statement. I couldn't be happier to release this as a taste of what's to come."

IN FLAMES has just re-signed with Nuclear Blast Records, extending the partnership on a worldwide level.

Marcus Hammer, the managing director of Nuclear Blast, states: "We are extremely happy to welcome IN FLAMES back into the NBR family on a worldwide basis. Here's the message to the metal world: A new metal masterpiece is about to drop and you can guarantee there is no decay visible. Quite the contrary: IN FLAMES and Nuclear Blast will kill it together — once again and stronger than ever!"

Nathan Barley Phillips, senior A&R, comments: "As a dedicated long-serving Jesterhead myself, it gives me great pleasure to represent IN FLAMES as they embark on this exciting new chapter of their illustrious career. I cannot wait for you all to hear what this incredible band have in store!"

In other news, IN FLAMES will embark on a North American tour this September. Support on the trek will come from FIT FOR AN AUTOPSY, ORBIT CULTURE and VENDED.

This past March, IN FLAMES guitarist Björn Gelotte confirmed that the band's upcoming album was once again recorded with Grammy-nominated producer Benson and Howard's longtime engineer Mike Plotnikoff.

IN FLAMES' follow-up to 2019's "I, The Mask" is due later in the year. The upcoming album will mark the band's recording debut with American drummer Tanner Wayne, best known for his work with UNDERMINDED, SCARY KIDS SCARING KIDS and CHIODOS. Wayne joined IN FLAMES following the departure of Joe Rickard, who played on "I, The Mask" and 2016's "Battles".

Three years ago, IN FLAMES guitarist Niclas Engelin stopped touring with the band to focus on "personal matters." Filling in for him since then has been former MEGADETH and current ACT OF DEFIANCE guitarist Chris Broderick. 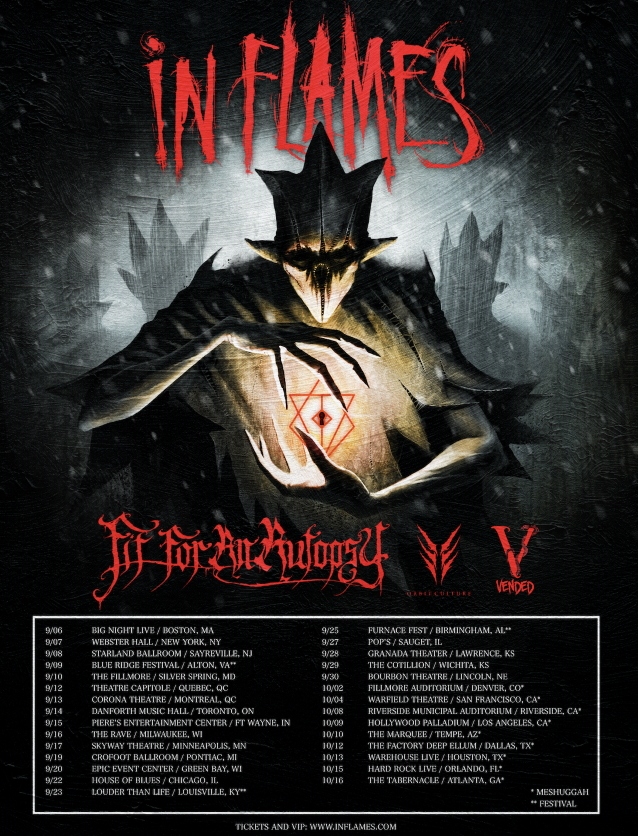