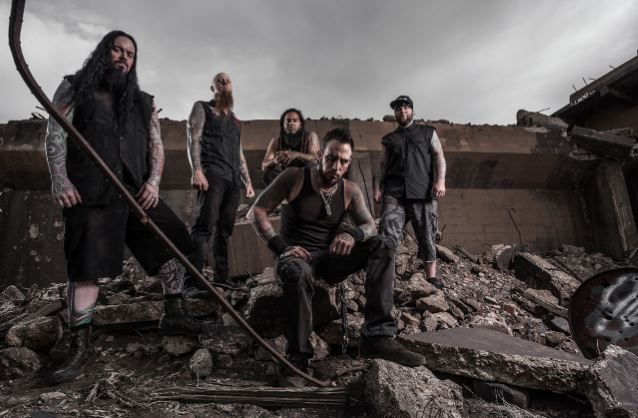 INVIDIA, the new band featuring former and current members of FIVE FINGER DEATH PUNCH, IN THIS MOMENT and SKINLAB, will release its debut album, "As The Sun Sleeps", on March 31 via SPV.

The official video for the song "Feed The Fire" can be seen below.

Fans may recognize vocalist Travis Johnson as the bassist from in IN THIS MOMENT as well as bassist Matt Snell as ex-member of FIVE FINGER DEATH PUNCH. Guitarists Brian Jackson and and Marcos Medina have worked together in SKINLAB.

Since forming at the start of 2016, INVIDIA has had one purpose — to create good rock music with no rules and an open mind, leading them to immerse in everything from "radio rock" to "Bay Area thrash" and all that lies in between. INVIDIA has allowed each of the members of the band to produce music in their purest form.

When asked about "Feed The Fire", Snell asserted: "This video will blow you away! Brian Cox and everyone at Flare Light Films really knocked this one out of the park." Jackson added: "It was a fantastic experience being a part of this video and bringing the song to life. It was a pleasure working with such a talented cast and crew. We hope you all enjoy it as much as we do."

"As The Sun Sleeps" track listing:

"As The Sun Sleeps" was produced and co-written by Logan Mader (ONCE HUMAN, MACHINE HEAD). "I loved working on this album!" he said. "INVIDIA's sound has huge balls while maintaining a great sense of mass appeal with big hooks and heavy grooves. The guys are dead serious about making it all happen and very self-sufficient. Producing records like this makes my job fun and inspiring."

Regarding the vibe and feel of "As The Sun Sleeps", Mader said: "I would call it hard rock/metal with big balls. It's got big choruses. It's got big hooks. It also has a serious 'metal energy,' which is where we all come from in our musical backgrounds. There are some songs that fit the American active rock radio format. There are some songs with a modern-industrial-type feel mixed with a kind of a pop sensibility and big chorus. The other end of the spectrum is more of a groove metal which draws a little bit from that classic PANTERA vibe. It gives it that sort of heavy testosterone metal feel."

In an interview with Rich Inzinna and Paula Noto from "The S.I.R.E.N." radio show on iRadioUSA.com, Travis stated about how INVIDIA was formed: "This all came together super fast and super flawless. I guess stars kind of aligned, really. I put something up online and Brian hit me up. He said, 'Dude, I'd be totally down t do some work together,' and that kind of thing. And I was, like, 'You know what? I totally miss singing. And I'm totally down for that.'" 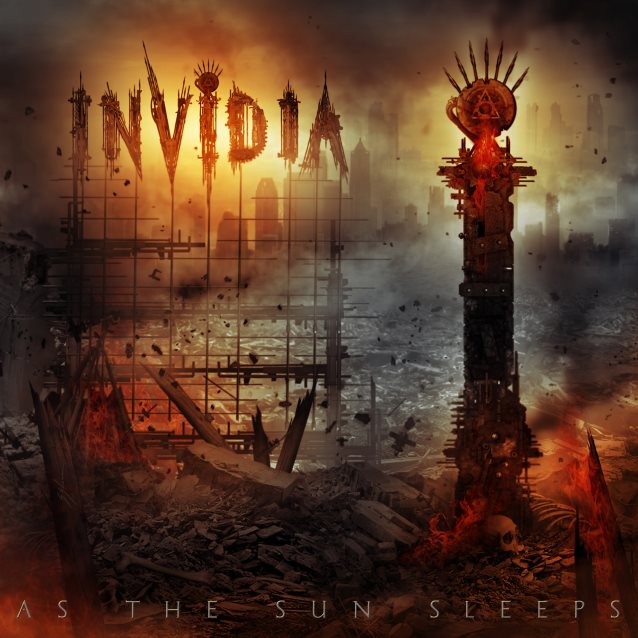